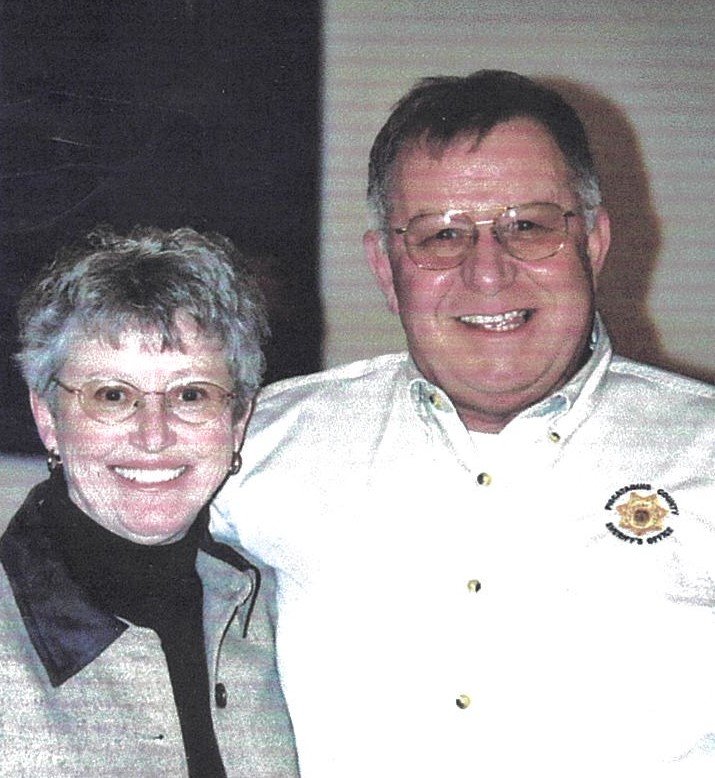 Milo – David Cecil Harmon, 71, passed away after a battle with cholangiocarcinoma November 28, 2019, at his home.  He was born Thanksgiving Day in 1948, in Milo, the son of Virginia H. (Estabrook) and Cecil F. Harmon.  David lost his mother at age 6 and was raised by his grandmother, Helen M. Harmon.  After graduation from Milo High School, he enlisted in the U.S. Army, attending basic training at Fort Bragg, NC. While in NC, he married Cecilia “CeCe” Miller, with Henry “Butch” Heal Jr. serving as his best man. David served his country for 3 years in the Military Police in Maryland, South Korea, and Germany.

David was employed from an early age at a number of local businesses. He worked at Kroemer Farms, Milo IGA, Bailey Lumber, Harmon’s Texaco, Chief of Milo Police Department, CP Rail, Prudential Financial Services, and the Piscataquis County Sheriff’s Office.  He graduated from the University of Maine, Bangor, in 1973, and Maine Criminal Justice Academy, as co-valedictorian in 1974.

Besides his parents, David was predeceased this spring by his sister-in-law, Diane (Miller) Manrow. He is survived by his loving wife of 52 years, CeCe; three sons, Jeffrey David of Wilton, Adam Lee and his wife, Alicia (Gerrish) Harmon, and Scott Cecil, all of Milo; the lights of his life, his two grandchildren, Ava Marie and Aidan Cecil-Earl of Milo; two brothers, Lee and his wife, Mary of Texas, and Michael and his wife, Betsy, of Florida; three sisters, Sandra Perkins and her husband, Allen, of Tennessee, Pamela Waterman and her husband, Vincent, of Massachusetts, and Betty Jo Harmon of South Portland; brother-in-law, R. Thomas Manrow of Durham; and several nieces and nephews.

Family and friends may visit 3pm until time of Masonic Service and Military Honors at 6pm, Friday, December 6, 2019, at the Lary Funeral Home, Milo. Messages of condolence and memories may be expressed at www.laryfuneralhome.com.

Share Your Memory of
David
Upload Your Memory View All Memories
Be the first to upload a memory!