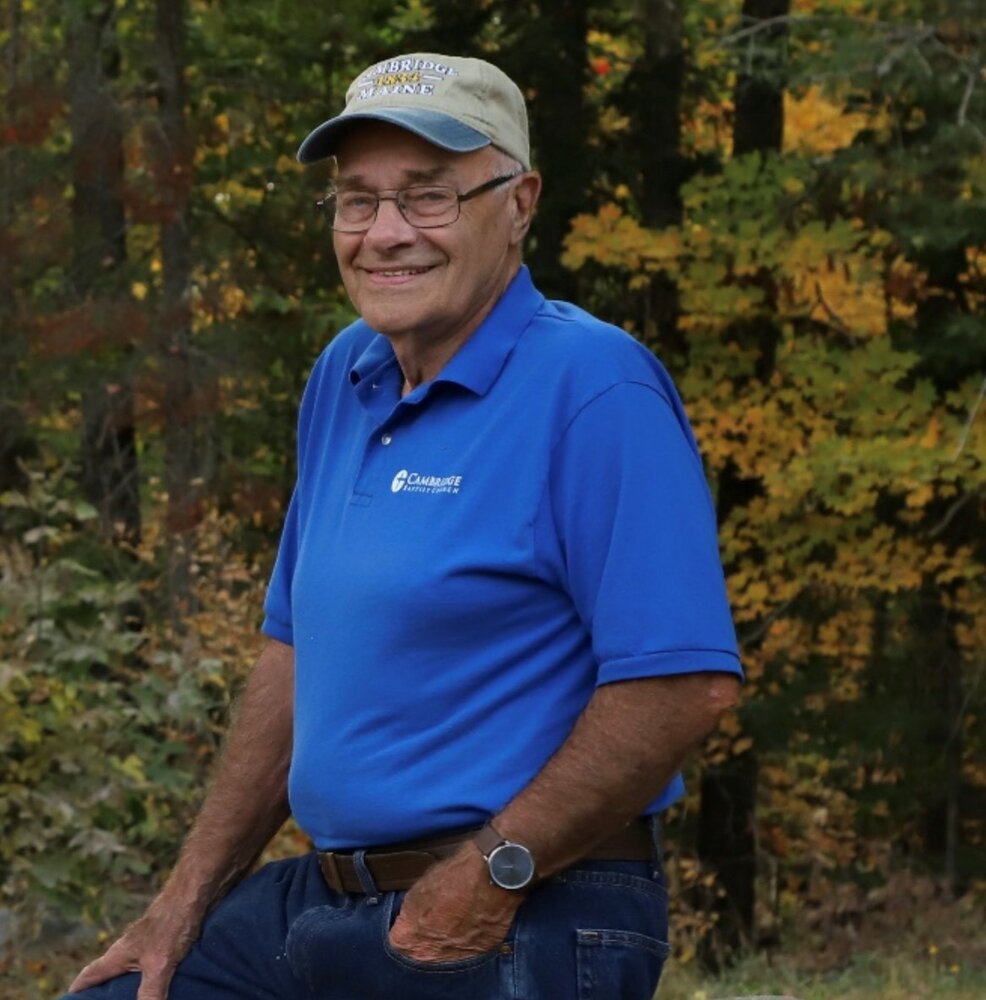 Please share a memory of Donald "Don" to include in a keepsake book for family and friends.
View Tribute Book
Cambridge– God spoke in the early morning hours of March 14, 2022, and Donald “Don” C. Bailey, 82, of Cambridge, answered the call to enter the Kingdom of Heaven. He passed away peacefully at home, surrounded by his children, his wife Anna, and his beloved dog Sammy faithfully at his side. He was born November 9, 1939, to Claire and Louise (Ham) Bailey of Cambridge, and he lived a life devoted to family and helping others. He was a loving husband, father, brother, grandfather, uncle, and friend. His compassion, ability to listen, and willingness to help anyone in need were shining examples of his life devoted to Christ. He was a man of integrity; his impact on others was immeasurable. Don is survived by his wife of 62 years, Anna (Pooler) Bailey of Cambridge; a brother, Robert Bailey and his wife Paula of Cambridge; a sister, Barbara Lengefield of Louisiana; daughter, Lee Williams and her husband Brian of Houlton; daughter, Lyn Mountain and her husband Bud of Houlton; daughter, Lisa Austin and her husband Paul of Orono; daughter, Kathleen Christie of Cambridge; and a son, Donald Bailey Jr. and his wife Gail of Hartland. Loved and known as “papa” to his grandchildren, Don is survived by 13 grandchildren, 27 great-grandchildren, and many nieces and nephews. He was predeceased by his parents, a brother, Raymond Bailey of Cambridge, and a sister, Joanne “Ducky” Tilton of Detroit, Maine. Recently employed by AE Robinson in Dexter, Don enjoyed his daily interactions with co-workers and his customers. Prior to AE Robinson, Don worked for Cianbro in a variety of positions over the course of 40 years, eventually becoming a safety specialist for Maine. He also worked at Dexter Shoe, Moosehead Continental Homes, Dover Stove, and Pines Bottling Works. His first job was working for his brother Raymond, delivering milk in and around Cambridge. An active member of his community, Don served on the town Select Board, the School Board, and until his passing, he was the town Sexton. Don was a member of the Cambridge Cruisers, Central Maine Men’s Fellowship, and he was a life-long member of Cambridge Baptist Church, serving as Deacon for several decades. A memorial service will be held 1:00PM Saturday, March 26, 2022, at the Cambridge Baptist Church. In lieu of flowers, the family would appreciate donations in Don’s name to either: Central Maine Men’s Fellowship – Robert Brooks President – CMMS, 616 Langhill Rd. Palmyra, ME 04965, or to the Cambridge Baptist Church – PO Box 40, Cambridge, ME 04923. Arrangements are with the Lary Funeral Home, 62 Summer Street, Dover-Foxcroft. Messages of condolence and memories may be expressed at www.laryfuneralhome.com.
Saturday
26
March

Share Your Memory of
Donald "Don"
Upload Your Memory View All Memories
Be the first to upload a memory!
Share A Memory
Plant a Tree