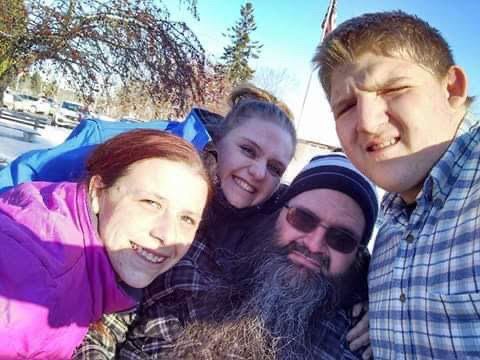 Obituary of Petie A. Morin

Brewer – Petie A. Morin, 51, passed away December 9, 2019, at a Brewer rehabilitation facility. He was born April 13, 1968, in Dover-Foxcroft, the son of Russell and Patricia (Morin) Todd. Petie’s greatest joy came from time spent with his children and grandchildren. He enjoyed watching sports and he was an avid New England Patriots fan.

Petie is survived by his parents; his children, Felicia Machowski, Spring Morin, and Brandon Morin; his grandchildren, Joseph, Elijah, and Samuel; his sister, Linda Hewey, and her children, Seairha and Paul Badger, and Derek Todd; his nieces and nephews, Mark, Tyson, Hailey, Keairha and Brandon Badger; his children’s mother, Robin Williams; his sister-in-law, Coralyn Todd, and several aunts, uncles, and cousins. He will be missed by his best friends, Randy Hutchins and Sam Hunt.  Petie was predeceased by his brother, Robert Todd.

Services will be private for family and friends. Arrangements are in the care of the Lary Funeral Home. Messages of condolence and memories may be expressed at www.laryfunerahome.com.

Share Your Memory of
Petie
Upload Your Memory View All Memories
Be the first to upload a memory!