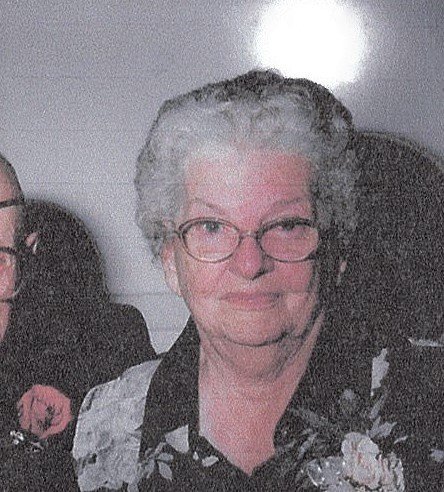 Milo - Elaine Catherine Carey, 95, died December 7, 2019, after a brief stay at Hibbard Nursing Home in Dover-Foxcroft.  She was born in Old Town on March 17, 1924, to William and Blanche Ramsey.

She married Alasco V. Carey in November, 1946, and lived on the family farm on Park Street all her married life.  Elaine and her husband were avid fans of Penquis Valley sports.  They followed all the teams to their games.  She and Alasco were great fans of harness racing, enjoying the friendships they made along the way.

She is survived by her son, Alasco Carey and wife, Sheryll, of Atkinson; two grandsons, Kenneth and his wife, Leanne, and their daughters, Ava and Ella Carey, all of Bangor, and Ryan and his wife, Krystyn, of Arlington, VA, and her daughter Judith Kinney of Skowhegan; a sister- in-law, Connie Carey;  and many loving nieces and nephews.

Elaine will be fondly remembered by friends, Evelyn Hamlin, George and Kathy West, Brent and Anne Bailey, Shirleen Ladd, and the ladies from Pleasant Park, Milo.

Burial will be at the family lot in the spring in Evergreen Cemetery in Milo.  Arrangements are in the care of the Lary Funeral Home. Condolences may be expressed at www.laryfuneralhome.com.

Share Your Memory of
Elaine
Upload Your Memory View All Memories
Be the first to upload a memory!