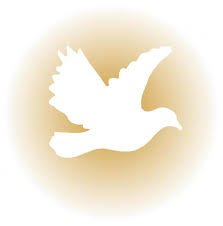 Dover-Foxcroft – Sherryanne (Hibbard) Godwin passed away October 24, 2019 at Mayo Regional Hospital, Dover-Foxcroft, with her family by her side.  Sherry was born November 15, 1940, in Bangor. Sherry was the daughter of Emery and Virginia Hibbard. She grew up in Dover-Foxcroft and graduated from Foxcroft Academy in the Class of 1958. She attended the University of Maine and became a Licensed Practice Nurse. She worked in various healthcare positions throughout her career.

Sherry is survived by three daughters, Julie Yates of Washington State, Jennifer Green of York, and Joanna and her husband, Stephen Giles, of Alfred; nine grandchildren and two great-grandchildren; one sister-in-law, Jane Hibbard-Merrill; two cousins, Dr. Peter Mason of Portsmouth, NH, and Frederick and his wife, Ruth Sigrist, of Londonderry, NH. She was predeceased by her parents, her brother, Gary M. Hibbard, and her four year old daughter, Suzanne. The family would like to thank the entire staff of Pleasant Meadows for the loving care they have given to Sherry over the last several years.

A graveside service will be held 10:00 am Wednesday, October 30, 2019 at the Dover Cemetery, with Pastor Phil McLaughlin officiating. Arrangements are in the care of the Lary Funeral Home. Condolences may be expressed at www.laryfuneralhome.com.

Share Your Memory of
Sherryanne
Upload Your Memory View All Memories
Be the first to upload a memory!