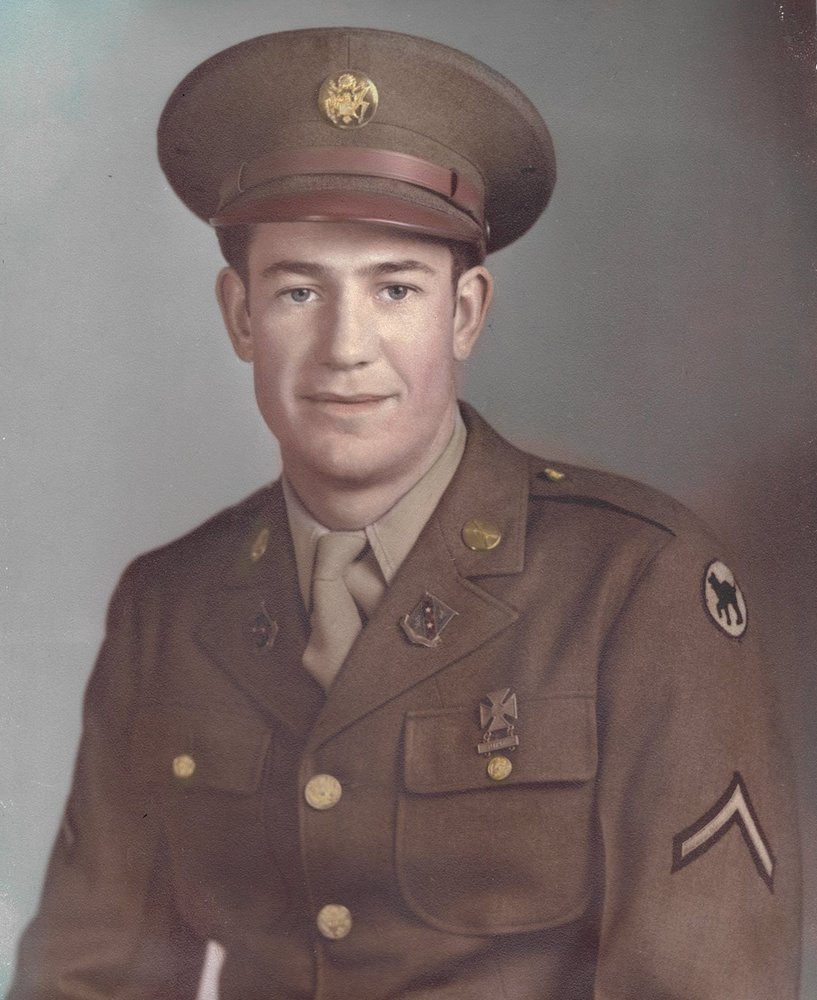 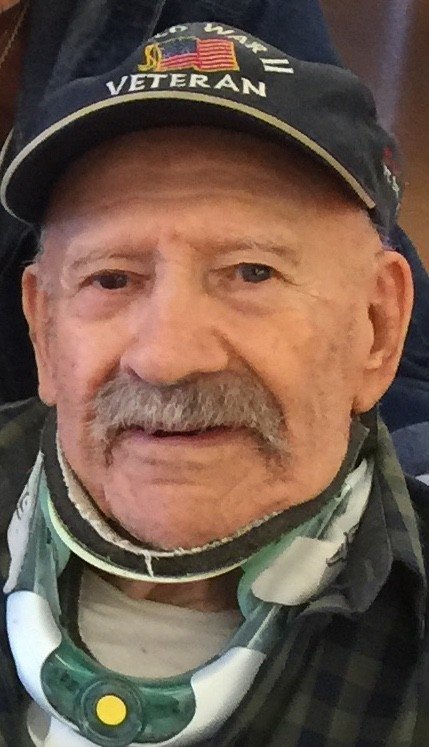 Guilford – Alton Lendall Leighton, 98, passed away after a short illness at the Maine Veterans Home in Bangor on Sunday afternoon, August 4, 2019.  He was born on May 11, 1921, in Willimantic, the son of Clifford and Myrtle (Hill) Leighton.  Alton was inducted into the U.S. Army in 1942 and was very proud of being a World War II veteran, taking pride in being a member of the 81st Wildcat Infantry Division, driving jeep for the major, seeing battle as a radio operator on Anguar Island in the Pacific, and crossing the equator four times by ship in 1944-45.

Once discharged from the Army, he worked for his father-in-law, learning an electrical trade, ran the projector at the Guilford movie theatre for a while, and was a licensed oil burner technician, which he did on the side for many years.  He had a long career working at Guilford Industries as a fixer for the Coning/Quilling Department until he retired.  He loved fishing, hunting, the Red Sox, and the Patriots.  He was always on the move, working with his hands.  He was proud of the family home and camp he physically built.  A life well lived!

A memorial service will be conducted 1:00 pm Friday, August 30, 2019 at the Lary Funeral Home, 62 Summer Street, Dover-Foxcroft, ME 04426 on.  After the service, burial with military honors will be held at the family lot in Lawn Cemetery, 56 Elm Street, Guilford, ME 04443.  Reception will follow. Condolences and memories may be expressed at www.laryfuneralhome.com.