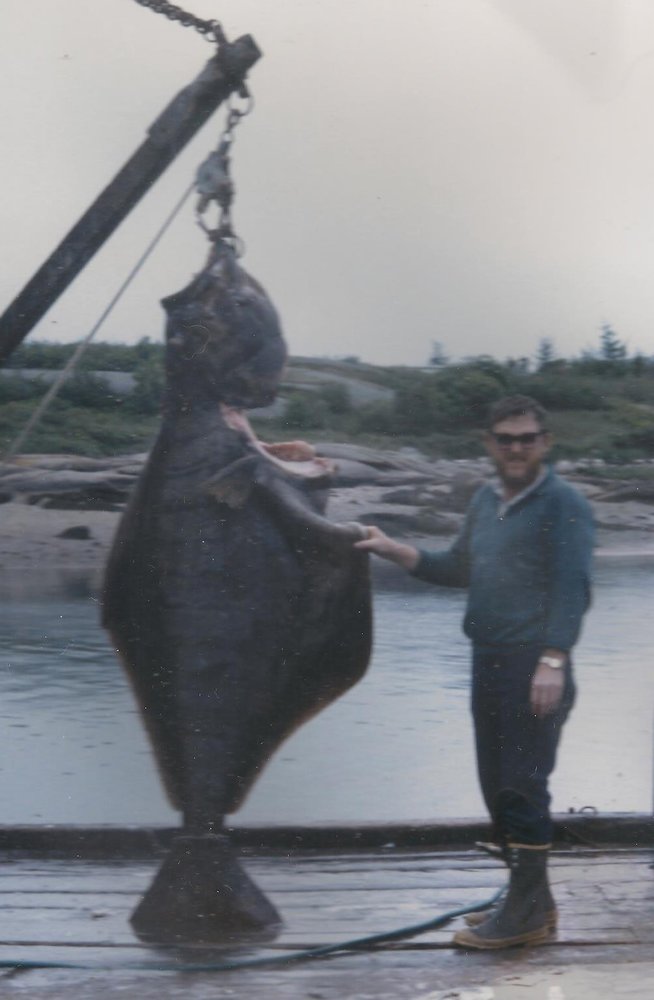 MILO and STEUBEN – Herbert Huckins, Jr., 82, went to be with the Lord on July 13, 2019, after a brief illness at a Milo health care facility. Born in Milbridge on December 11, 1936, “Huck” was the son of Herbert Huckins and Carolyn (Strout). He was a 1955 graduate of Milbridge High School and a 1961 graduate of Washington State Teacher’s College (now the University of Maine at Machias). A basketball star in both high school and college, he later went on to become a referee for both basketball and soccer and spent many hours on the road traveling and officiating games with his fellow referee and good friend, Steve Kinghorn. Huck taught fifth grade at Grand Lake Stream. After teaching for several years, he decided it was time for a change and he became a lobster man. A decision he never regretted and a career that would span 40+ years until his retirement in 2015. He was a man that loved the water. Even though his profession was that of a commercial fisherman, he spent many weekends with his friend Wayne on a lake or stream fishing. There was an on-going race between the two of them to see who could catch the most fish and be crowned king. Whether he won or lost, he would call his daughter and let her know if she was still a princess or if he had lost his crown. He even went on vacation, traveling to Alaska on two separate occasions, to visit his friend Stuart and go fishing. The day he caught his 253 lb. halibut was a day worth remembering and he had the good sense to pose for a photo. He also loved animals – both his and those belonging to his friends. One little dog named Tasha stole his heart and he spoke of her often. He even named his lobster boat “Ole Grizz” after a beloved pet – an Old English sheepdog named Grizzy. Huck also loved hunting, especially bird hunting, and traveled to Bridgewater in Aroostook County every October for many years to go goose hunting.

In addition to his parents, Huck was predeceased in 2008 by his wife, Loretta, known to all that knew her as Pep; in 2017 by his step-daughter Anne Canarr-Jones; in 2017 by his nephew Leroy  Harrington, Jr.; and by his siblings Juanita Harrington, Lillian Leighton, Guy Huckins, and Joe Huckins. He is survived by his daughter Diana Huckins Bartlett of Milo; his step-daughter Jane Brown of Ellsworth; his grandchildren Ragan Reardon, Rick Canarr, Ronald Canarr, Randall Canarr, and Melanie Brown; several great-grandchildren; and countless friends and extended family.

It was Huck’s request that no services be held. Following cremation, interment will be at Evergreen Cemetery in Milbridge. In lieu of flowers, donations can be made in his memory to the Ark Animal Shelter, 60 Barber Lane, P.O. Box 276, Cherryfield, ME 04622. Arrangements are in the care of the Lary Funeral Home. Condolences and memories may be expressed at www.laryfuneralhome.com.