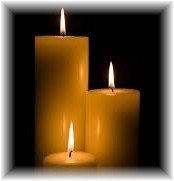 Dover-Foxcroft – Wayne Webster Redmond, 77, husband of Mary Lou (Foss) Redmond, passed away June 30, 2019, at Mayo Regional Hospital.  He was born August 9, 1941, in Greenville, the son of Floyd A. and Alta (Dennison) Redmond.  Wayne had been employed by the Town of Dover-Foxcroft for 17 years, and then worked for Barrett Paving and Lane Construction.  He had been a volunteer firefighter for many years. Wayne had also been an EMT at the old Mayo Memorial Hospital.

He is survived by his wife, Mary Lou Redmond; three sons, Tracy and his wife, Nanette, Terry and his wife, Eve, and Tony and his wife, Lyndsey;  daughters-in-law, Wendy, Darcy, and  Stacey; a sister, Lois Dutton;  7 grandchildren, Jessica, Daniel and wife, Jennifer, Nathan and wife, Reba, Tristan and wife, Tiffany, Jacob and friend, Kyla, Hillary and fiance, Nick, and Violet; 12 great-grandchildren, with another on the way.  He was predeceased by a son, Albert; a brother, Floyd; and a brother-in-law, John Dutton.

Friends and family are invited to call from 11am until time of service at 12 noon Friday, July 5, 2019, at the Lary Funeral Home, Dover-Foxcroft. Burial will be in the Pingree Center Cemetery, Parkman. Condolences and memories may be expressed at www.laryfuneralhome.com.