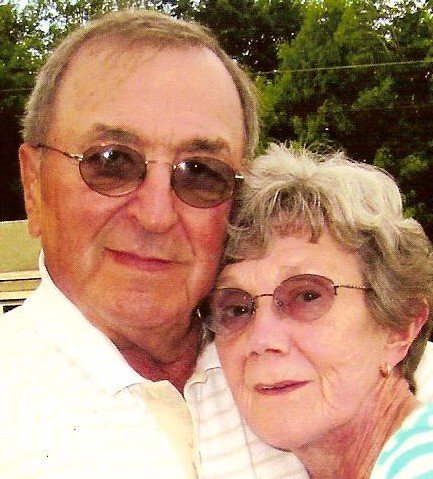 Milo - Terry Earle Bailey, 80, beloved husband of the late Marilyn (Horne) Bailey, passed away peacefully at his home on Saturday, January 26, 2019. He was born October 15, 1938, in Milo, the son of Joyce (Comeau) and Charles Bailey.

Terry is survived by two sons, Brent and his wife, Anne, of Brownville and Eric and his wife, Wendy, of Medford; eight grandchildren, Erynn and her husband Brian, Jordan and his wife Sarah, Kayla, Ryan, Shelby, Randall, Cora, and Camron; two great-granddaughters Karlee and Kaia; and a great-grandson, Alec. In addition to family, Terry leaves behind special friends Glenn Stanchfield, Sandra Gray, Jerry Brown, golfing buddies Galen Larson and Phil Andrews, and many more.

He is predeceased by his high school sweetheart and wife of 58 years Marilyn; parents Joyce and Charles Bailey; in-laws Elizabeth (Betty) and Alden (Pete) Horne; and an infant daughter.

Terry was a 1956 graduate of Milo High School. Following graduation, he proudly served our country as a member of the U.S Army’s 82nd Airborne stationed at Fort Bragg, North Carolina. Following his service, Terry returned to Maine and graduated from Husson College with a degree in Business Administration. He would use this degree to launch a successful sales career serving as the top salesman for Masonite Corporation and later the owner and operator of family-owned Bailey Lumber Company. He would remain an integral part of the business until his death.

In addition to owning a successful business, Terry was a devoted family man and friend. He hosted many gatherings for friends and family where he used his vibrant and comedic personality to bring endless laughter to all. He was an avid follower of the 2018 World Series Champion Boston Red Sox; he enjoyed playing and watching golf; gardening; traveling; and endlessly learning about various cultures and cuisines. In his mid-years he had a fond passion for brook fishing.

A graveside service will be announced in the spring at the family lot in Evergreen Cemetery, Milo.  In lieu of flowers, memorial contributions may be made to Make-A-Wish Foundation, 477 Congress Street, Suite M1, Portland, ME 04104. Arrangements are in the care of the Lary Funeral Home, Milo. Condolences and memories may be expressed at www.laryfuneralhome.com.