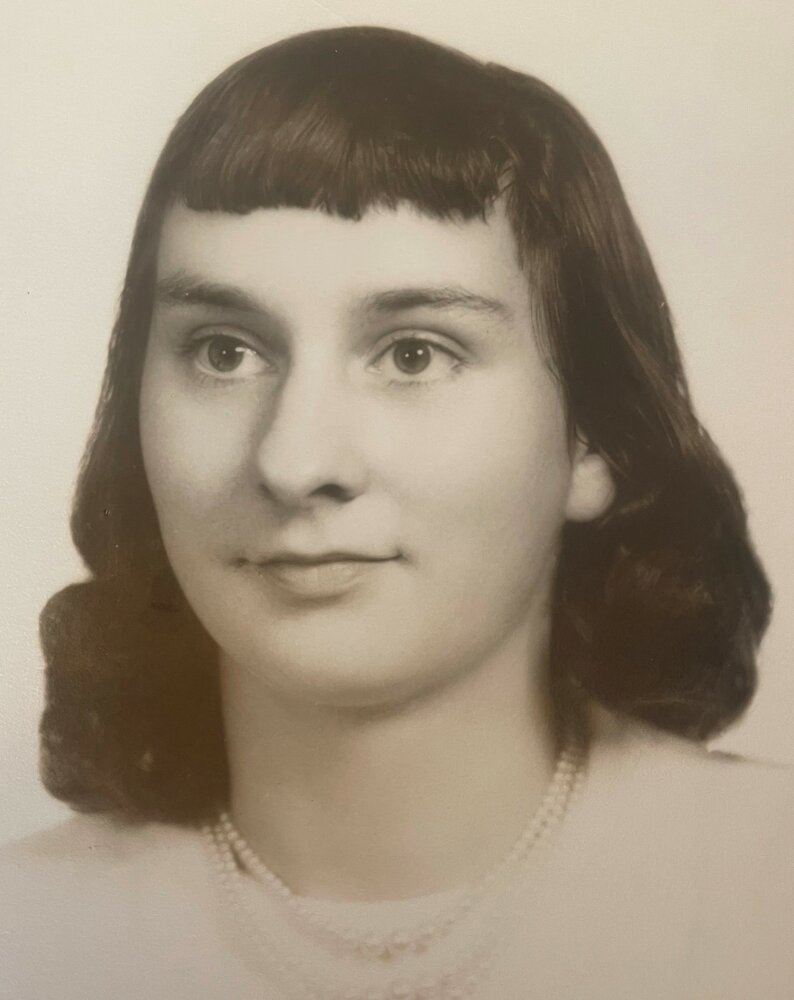 Please share a memory of Jane to include in a keepsake book for family and friends.
View Tribute Book
MONSON - Jane Elizabeth Harris, 82, passed away peacefully at Tissues Country Estates in Athens, Maine on January 20, 2023. Born on November 20, 1940, at C.A. Dean Hospital in Greenville, Maine, Jane was the second of five children born to Augustus Goldsmith Harris and Millicent Cook Harris. A life-long resident of Monson, Jane grew up on Homer Hill where she lived at the family homestead with her parents until their passing in the early 1990’s. In 2002 she moved from Homer Hill to Lake Hebron Heights where she met new friends and neighbors over the years and resided there until August of 2021. Jane attended Monson schools and was a proud graduate of Monson Academy, Class of 1959. She was a member of the Monson Academy Alumni Association and tended the Registration Book at the annual Alumni Banquet each year until 2019. She was also a member of the Monson Historical Society. Being family oriented, she always looked forward to the large family gatherings during the holidays of Easter, Thanksgiving and Christmas. Jane loved living in Monson and could be seen each day walking to the Post Office and other establishments around town. She enjoyed attending various yearly town events such as Snow Roller Day, the Memorial Day Parade, Summerfest and Kris Kringle Market. She is survived by her brothers, William E. Harris of Carmel, Robert G. Harris, Sr. and his wife, Dolly, of Greenville, and her sister, Elaine Harris Roberts of Abbot, Maine, several nieces and nephews and many cousins. She was predeceased by her parents, grandparents, and other extended family members and friends who have passed on before, including her brother, Ronald C. Harris, sister-in-law, Sophie King Harris, nephew, Robert G. (Bo) Harris, Jr. and niece, Vickie Jean Harris Thayer. The family would like to express their gratitude to the staff of Tissues Country Estates, Redington-Fairview General Hospital and Beacon Hospice for the care, comfort, compassion and dignity shown to Jane during her final days. There will be a graveside service scheduled for later in the spring at the Lakeroad Cemetery in Monson. Arrangements are in the care of the Lary Funeral Home. Memories and messages of condolences can be expressed at laryfuneralhome.com

Share Your Memory of
Jane
Upload Your Memory View All Memories
Be the first to upload a memory!
Share A Memory
Plant a Tree