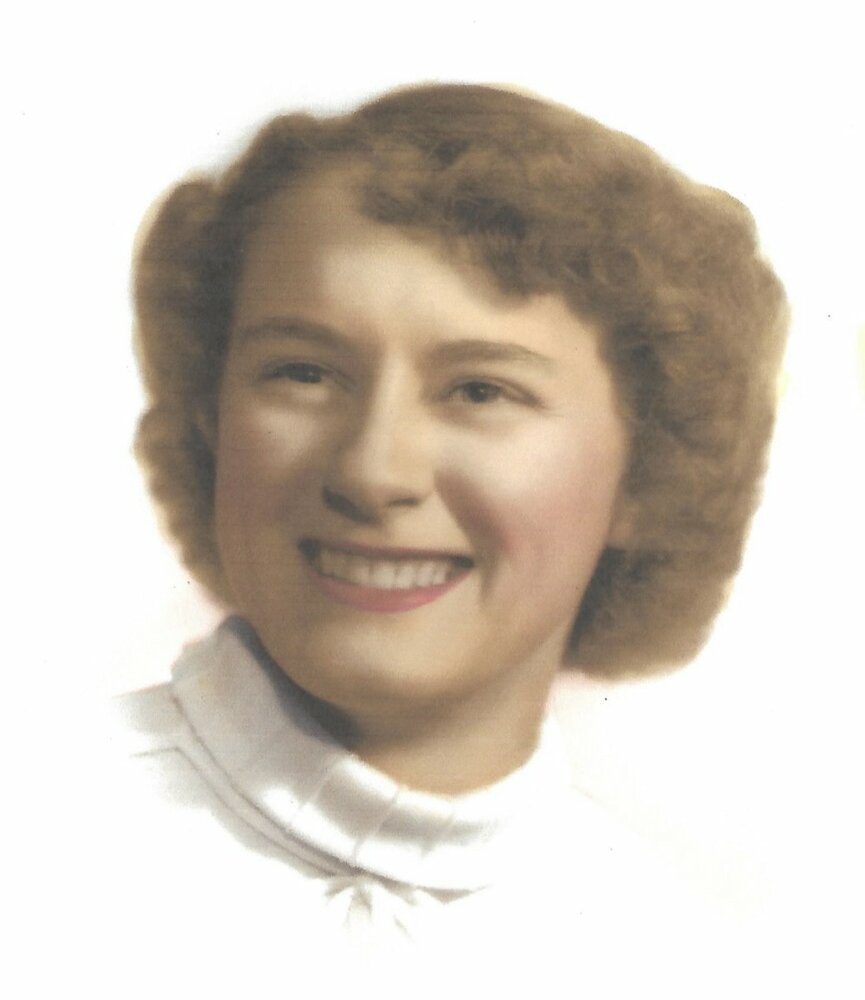 Please share a memory of Marjorie to include in a keepsake book for family and friends.
View Tribute Book
Charleston – Marjorie L. Hagelin, 90, passed peacefully January 15, 2023, to join her late husband, Joseph A. Hagelin. She spent her final days in the loving care of her daughter and son-in-law while battling brain cancer. She was born at home in Charleston on October 3, 1932, the 8th child of the 15 children of Lawrence and Geneva (Farmer) Higgins. She attended the Charleston schools and graduated from Higgins Classical Institute in 1952. Marjorie was a member of the Charleston Baptist Church, an assistant 4-H leader, and belonged to the Charleston Grange. She worked for Bangor Hydro Electric Company in their Corinth, Milo and Bangor offices prior to marrying her first husband of 25 years, Donald A. Perkins, and raising their two children, D. Martin and Donna. Her job at Bangor Hydro found her lifelong friends in her boss, “Nick” Nichols, and his wife, Phoebe, and daughter, Jeanette. She was later married to Joseph A. Hagelin for 30 years. They shared family and many exciting travels together before his passing in 2011. She is survived by her son, D. Martin Perkins and his wife, Donna; daughter, Donna and her husband, Kevin McEwen; grandchildren, Donald Perkins and wife, Nicole, and David Thompson and wife, Bethany; step-grandchildren, Jennifer and husband, Glenn Nicholas, and Lynn Hagelin; great-grandchildren, Kelly Perkins and fiancé, Andrew James, Katie and Cameron Haas (who are expecting their first child in August), and Julianna Thompson; step-great-grandchildren Maya Hagelin and Kelli Jo Black; sisters, Alice Leeman and husband, Bob, and Myra Champagne; brothers, Arthur “Pete” and Francis Higgins; special nieces, Debbie Ryan and Cathy Nelson; and special family friend, Gina Foster. She was predeceased by her parents, Lawrence and Geneva Higgins; husband, Joseph A. Hagelin; brothers, Donald, Lawrence “Jr.”, Ted, John, and Kippy; sisters, Theresa, Miriam, Betty, Ruth, and Jean; grandson, Shaun Thompson; step-grandson, Jeremy Hagelin; and special niece, Cindy. There will be a graveside service scheduled later in the spring. Arrangements are in the care of the Lary Funeral Home. Memories and messages of condolences can be expressed at www.laryfuneralhome.com.

Share Your Memory of
Marjorie
Upload Your Memory View All Memories
Be the first to upload a memory!
Share A Memory
Plant a Tree