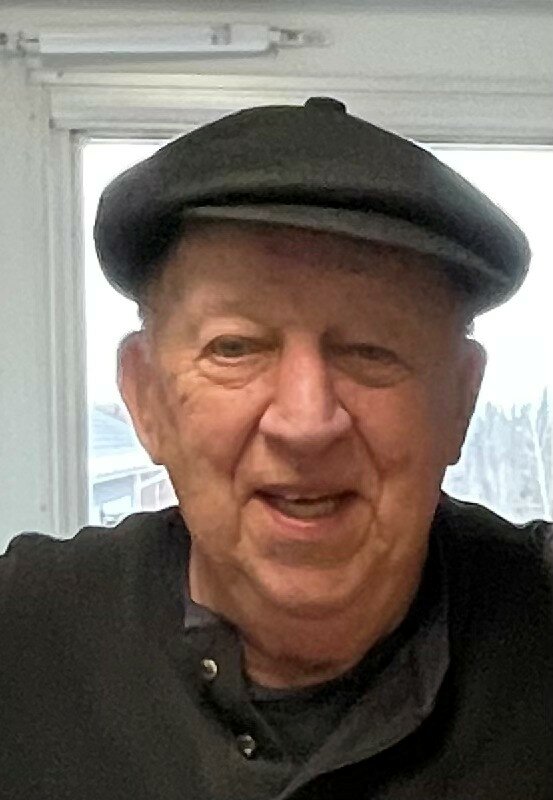 Please share a memory of James to include in a keepsake book for family and friends.
View Tribute Book
Abbot - With deep sorrow, the family of James F. Quirk announces his passing on Thursday, December 29, 2022, at the age of 81. Jimmy, or Jim to most, was predeceased by his love, Barbara; they were married for 52 beautiful years together. Jim, a native New Yorker, spent half his life in New York City. He married Barbara at 28 and, on their honeymoon, bought a plot of land in Abbot, Maine. Jim did much of the work to complete their dream summer home. Upon retirement from the Department of Sanitation of New York, their home became their permanent residence, where they continued to raise their two children, Jeanette and Jim, who survive him. Known for always wearing his black Kangol hat, telling tales of his life experiences, and his boisterous laugh, Jim was always one to be upfront and would always speak his mind. Jim was a proud man, and his wife, children, daughter-in-law, Sarah, and grandchildren, Madalyn and Morgan, were his world. Jim was devoted entirely to his family, always putting them before himself. To Jim, the family was everything. Jim is survived by his brother, John, and his wife, Claire, and their three children, John, Joe, and Kathy, all from Long Island, New York. Uncle Jimmy had many memories of spending time with them during their summer vacations and hunting excursions. The family will announce services at a later date. An avid dog lover, Jim had several dogs over his life, including most recently Gigi, who he had until this past September. Instead of flowers, please make a donation in Jim’s memory to the National Humane Society. Arrangements are in the care of the Lary Funeral Home. Condolences and memories may be expressed at www.laryfuneralhome.com.

Share Your Memory of
James
Upload Your Memory View All Memories
Be the first to upload a memory!
Share A Memory
Plant a Tree