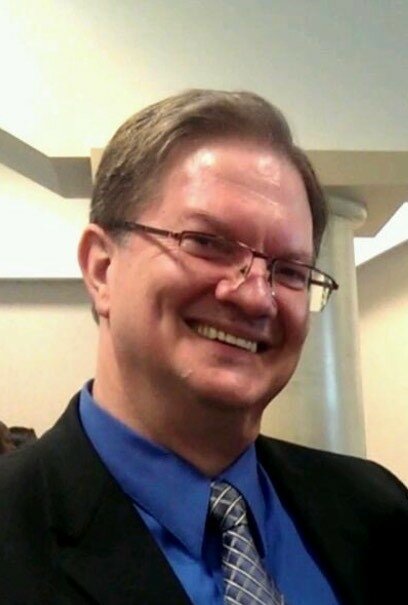 Please share a memory of Leslie to include in a keepsake book for family and friends.
View Tribute Book
Milo and Norwood, MA - Leslie Hollis Wright, 66, died December 23, 2022. He was born May 29, 1956 in Milo, the son of Russell Edward and Norma (Ogden) Wright. Leslie was a member of the Sharon Congregation of Jehovah Witnesses in Massachusetts where he served as an elder. He enjoyed sharing with others his love for Jehovah God and the Bible. Leslie graduated from Penquis Valley High School Class of 1974. He later moved to Massachusetts where he met the love of his life Helene Maziarz and they were married September 15, 1984. He became a Certified Public Accountant in 2000, and provided services until November 2022. They enjoyed traveling which included many trips to Maine, around the United States, and to Europe. They moved to France in 2014, and after Helene lost her battle with cancer Leslie returned to Norwood, MA in 2017. Leslie is survived by his siblings, Eugene Wright and his wife, Cynthia, Beverly Wright, Virginia Chessa and her boyfriend, William Brown, Lydia Richard and her husband, Timothy, all of Milo, Debra Murphy and her husband, Patrick, of Little Deer Isle, Ralph Wright and his wife, Joan, of Sangerville, Melissa Roy and her fiancé, Randy Herring, of Dover-Foxcroft, and Donald Wright of Bangor; sister-in-law, Piera Maziarz of Attleboro, MA; brother-in-law, Anthony Maziarz of Somerset, MA; nephews, Stephen Maziarz, Christopher Chessa, Thomas Thompson, Antwan Wright, and Jarod Roy; nieces, Jessie Chessa, Jennifer Fickett, Alicia Morton, Megan Wright, Regina Wright, Shaniqua Wright, and Jazmine Bennett; aunt, Gladys Wright; uncles, Benjamin Ogden and Larry Ogden, all of Milo; uncle, Walter Wright of Missouri; as well as many great-nieces, great-nephews, cousins, old and new friends. A memorial service will be held at a later date. Arrangements are in the care of the Lary Funeral Home. Messages of condolence and memories may be expressed at www.laryfuneralhome.com

Share Your Memory of
Leslie
Upload Your Memory View All Memories
Be the first to upload a memory!
Share A Memory
Plant a Tree