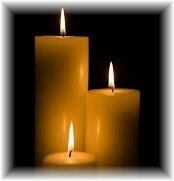 Please share a memory of Rosemary to include in a keepsake book for family and friends.
View Tribute Book
Dover-Foxcroft – Rosemary “Rose” E. Lindie, 66, passed away November 24, 2022, at her home. She was born February 2, 1956, in Norfolk, VA, the daughter of Harry E. and Mary E. (Grindall) Lindie. Rose offered those around her a charismatic wit in which she could spin humor into typical mundane circumstances. She honored her father and treasured the many idioms he impressed upon her, sharing them as situations presented. She and her dad shared a love of sports. She was a devoted daughter who cared for her mother at the end of her life and had many stories about traveling to several states to watch her favorite artist, Wade Hayes, perform. Rose had a large spot in her heart for her animals and cherished their companionship. Rose is survived by her son, Jeff Butler and his wife, Allison, and three grandchildren, Hiram, Silas and Lilah, all of Wellington; a brother, Robert Lindie of Augusta; two sisters, Kathleen Lindie of Sangerville, and Linda Worster of Farmington; several nieces and nephews; her Uncle Bill Lindie of Waterville; and many cousins. She was predeceased by her parents, and a brother, Harry “Spike” Lindie, Jr. A graveside service at the family lot in Hillside Cemetery, Monson, will be announced in the spring. Arrangements are in the care of the Lary Funeral Home. Condolences and memories may be expressed at www.laryfuneralhome.com.

Share Your Memory of
Rosemary
Upload Your Memory View All Memories
Be the first to upload a memory!
Share A Memory
Plant a Tree