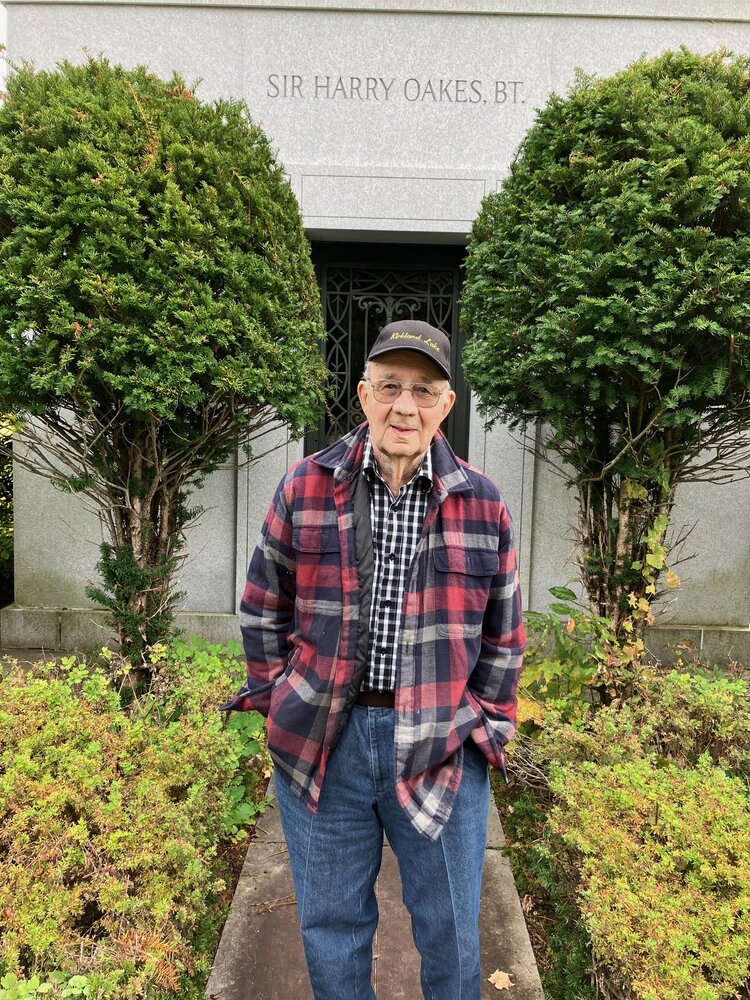 Please share a memory of Mervin to include in a keepsake book for family and friends.
View Tribute Book
Dover-Foxcroft and Bangor - Mervin Francis Littlefield, 86, died in his apartment on November 23, 2022. He was born December 9, 1935, in Milo, the son of Ralph and Dorothy (Scott) Littlefield. Growing up in Medford, he attended the one room school house where it was his job to keep the woodstove going, thus giving him a life-long love for woodstoves and cutting wood. The family moved to Dover-Foxcroft in his teenage years. He attended Foxcroft Academy, graduating in the Class of 1954, and he also met his wife, Joan Libby. She predeceased him in 2002. Mervin’s work life began at age 16 as a lineman in Dover-Foxcroft while still in high school. This gave him the necessary tools to work and retire from the Bangor Hydro Electric Company. He went on the night shift so he could work a second job cutting wood. Before and after he retired from the Hydro, he ran a successful woods business from Veazie and then Milford. He started playing the guitar at an early age. He was very accomplished in bluegrass music, only played by ear and knew the words to countless tunes. He also attended many festivals and always said there is bluegrass music and then that other stuff! He was often found playing at jam sessions in Bangor/Brewer. His daughter, Laurie, is especially fond of those memories. In his retirement, he lived independently in his Bangor apartment. He was content sitting in his chair as he had worked hard all of his life. He loved watching game shows and the Waltons, reading history, and taking Sunday morning trips to visit his daughter, Julie, for a home-cooked meal and a game of cribbage. He really looked forward to his Monday afternoon poker game with the guys. He also liked his new Kirkland Lake hat. Mervin is survived by two daughters, Laurie Littlefield-Baas and husband, Jay of Chichester, NH, and Julie LaRou and husband, Craig, of Rome, ME; two grandchildren, Bradley LaRou of Portland, ME, and Matthew LaRou and wife, Marisa, and great-grandson, Maxwell, of Montrose, CA; and one brother, Maurice Littlefield and wife, Nancy, of Dover-Foxcroft, ME. His family would like to thank the waitstaff at the Coach House Restaurant in Brewer for all of the breakfasts served. He loved going out to breakfast. He also loved pie. A celebration of life will be held on December 9, 2022, at the Lary Funeral Home, 62 Summer St., Dover-Foxcroft, ME, from 1 – 2PM with a short service to follow. In lieu of flowers, please make donations to the Bluegrass Association of Maine, PO Box 9, Dexter, ME 04930. Arrangements are in the care of the Lary Funeral Home. Messages of condolence and memories may be expressed at www.laryfuneralhome.com.
Friday
9
December

Share Your Memory of
Mervin
Upload Your Memory View All Memories
Be the first to upload a memory!
Share A Memory
Plant a Tree