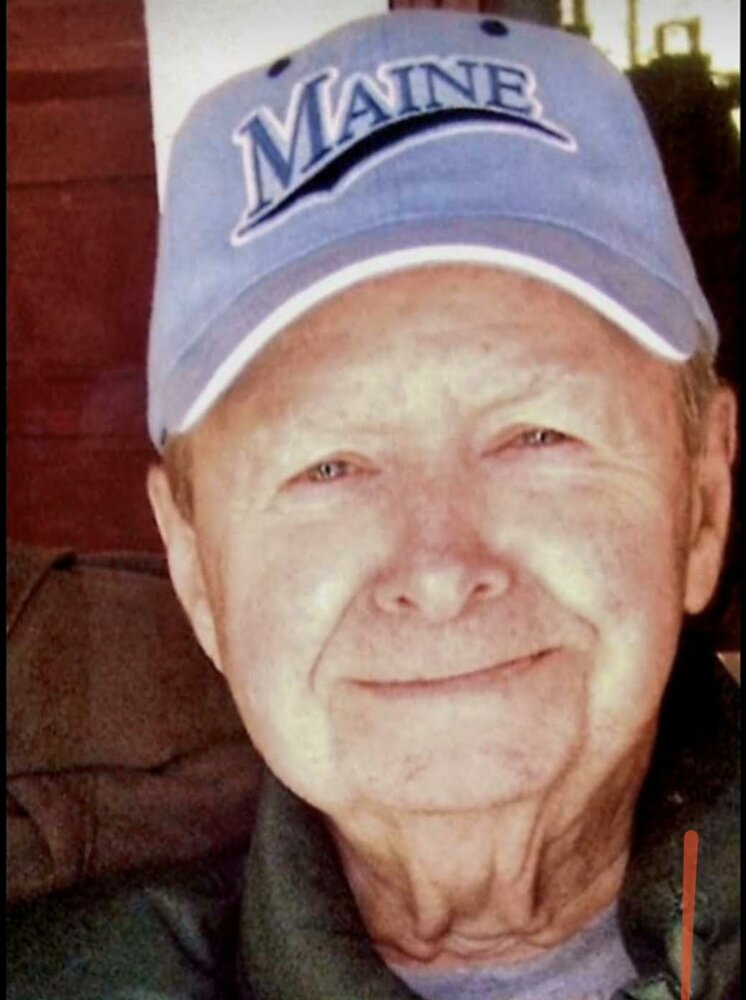 Please share a memory of Gerald to include in a keepsake book for family and friends.
View Tribute Book
Dexter – Gerald E. “Jerry” Waterhouse, 89, slipped quietly away from this life on Thursday, November 17, 2022, after a lengthy illness. He was born December 18, 1932, in Milo, Maine, the son of Marguerite (Wentworth) and Cecil Waterhouse Sr. He spent his entire childhood in Milo, and after graduating from Milo High School he enlisted in the U.S. Army. He served his country proudly, quickly rising to the rank of Staff Sgt. and was a tank commander with the 10th Mountain Division. He took enormous pride in his service and fiercely loved his country all of his life. In 1954, he returned to Maine on a 72 hour pass and married the love of his life, Rita Carleton. They remained married for 68 years and raised their family together. Jerry worked at a number of jobs over the years, doing everything from hanging drywall to land surveying for the State of Maine, eventually settling in at Interface Fabrics in Guilford and retiring from there in 1996. Jerry was a proud member of the Abner Wade Masonic Lodge and Anah Temple Shrine. Jerry also held his pilot's license and this was something that brought him great joy. He flew out of Sky Park in Newport, Maine, an airstrip owned by his best friend, Jerry Emerson. The two of them, along with their dear friend, Russ Treadwell, shared years of camaraderie doing what they all loved best. He enjoyed spending long summer days on Moosehead Lake with Rita on their beautiful boat, “Cheers”. After retirement, Jerry enjoyed traveling, spending time with his family, working on his home and spending time in his woodworking shop where many gifts and future family heirlooms were created. Jerry was an avid yet often pessimistic fan as he cheered on his New England sports teams The Celtics, Patriots and Red Sox. Jerry is survived by his loving wife of 68 years, Rita (Carleton) Waterhouse; two daughters, Shelly Erickson and her husband, Galen of Bowerbank and Jill Baker and her husband, Robin of Eastbourne Sussex UK; a brother Duane Waterhouse and his wife, Dottie; a sister Carole Mannisto; 11 grandchildren, Travis Erickson and husband, Shawn, Evaughn Holyoke, Liza Smith and husband, Ryan, Ashlie McLeish and husband, David, Tara Russell and husband, Seth, Tyler Erickson and wife, Lauren, Zachary Grant, Heather Baker and husband, Kevin, Lucas Grant, Jasmine Baker, and Violet Baker; 23 great-grandchildren, Mason, Samuel, Kayla, Emily, Jackson, Ayda, Landon, Mya, Colby, Austin, Bella, Elijah, Zander, Shelby, Jonah, Evie, Helena, Rowan, Penelope, Echo, Honey, Daniel and Amethyst; and many nieces, nephews and extended family members. In addition to his parents, he was predeceased by his son, Scott Wade Waterhouse; brother, Cecil Jr.; sister, Olive; and great-grandson, Matthew. A graveside service with military honors and Masonic services will be held Tuesday, November 22, at 12 noon at the Village Cemetery in Sangerville. Arrangements are in the care of the Lary Funeral Home. Messages of condolence and memories may be expressed at www.laryfuneralhome.com.
Tuesday
22
November

Share Your Memory of
Gerald
Upload Your Memory View All Memories
Be the first to upload a memory!
Share A Memory
Plant a Tree