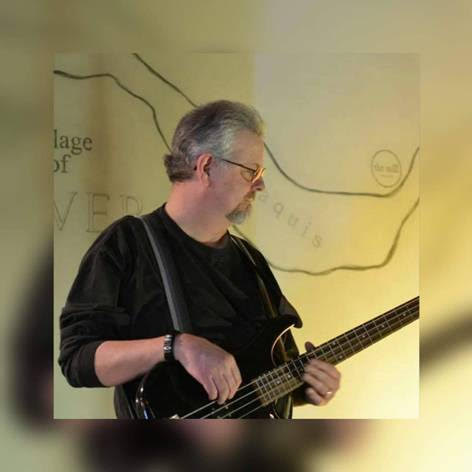 Obituary of Thomas A. Guthrie

Please share a memory of Thomas to include in a keepsake book for family and friends.
View Tribute Book
Milo - Thomas Andrew Guthrie passed away at his home in Milo, on Nov. 8, 2022, following a long cardiac illness. He was born to Alvin and Christine (Munday) Guthrie in Cleveland, Ohio. Thomas served in the U.S. Marine Corps as a young man. He went on to become a machinist and electrician. He loved to travel and has been in every state but two. He enjoyed the outdoors and woodworking. Music was in his blood; he enjoyed every aspect of music from playing guitar/bass to giving lessons. He was a mobile DJ, hired for weddings and parties in Ohio. He ran a small recording studio in his basement in Milo, for a time. Thomas leaves behind his wife and soulmate, Ruth (Bauer) Guthrie, of Milo; his daughter, Jessica Jurey, of Hamburg, Iowa; his son, Michael Guthrie, of Bellevue, Nebraska; his two very special grandsons, Trenton Guthrie of Valley, Nebraska and Benny Jurey of Hamburg, Iowa; his sister, Kristal Kirby of Palm Harbor, Florida; as well as three nieces, a nephew and several great nieces and nephews. He was predeceased by his parents; his two brothers, Donald and Patrick; and his sister, Cindy. A special thank you to Kindred Hospice, and all the wonderful caring nurses for the care given in Tom's last days. In addition, special thanks to the Metilly family and SDA church for all their love and support. Donations may be made to Dyer Hope House, PO Box 334, Milo, ME 04463, in Tom's memory. A private service will be at a later date. Arrangements are in the care of the Lary Funeral Home. Condolences and memories may be expressed at www.laryfuneralhome.com. "I sought the Lord and he heard me, and delivered me from all my fears" Psalm 34:4