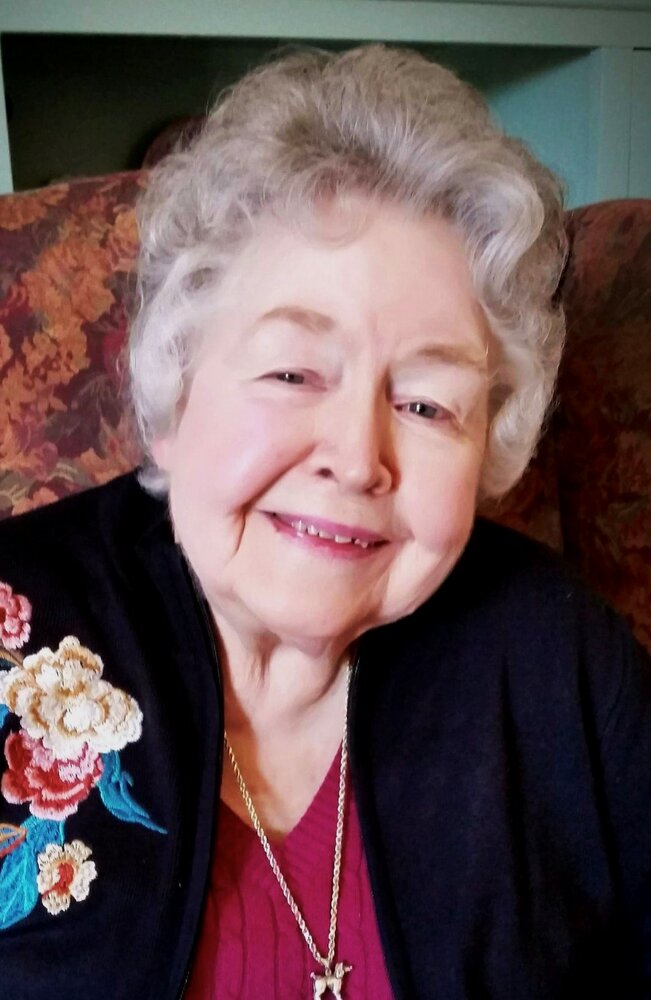 Please share a memory of Olga to include in a keepsake book for family and friends.
View Tribute Book
Milo - Olga “Chris” Monroe, 91, left us on November 5, 2022, at her home. She was born on November 16, 1930, in Severn, Maryland, the daughter of Clarence and Blanche Allen. Chris was raised in Glen Burnie, Maryland, attending the city’s public schools and graduating from Glen Burnie High School. She met her husband, Ralph Monroe while he was serving in the U.S. Navy and stationed at Annapolis, Maryland. They married in 1949, after which Ralph completed his service in the Navy. Ralph and Chris returned to his native state of Maine where he completed his pre-dental degree at the University of Maine in Orono after which they returned to Maryland, where Ralph completed his dental degree at the University of Maryland. Chris was always proud that she was able to work and support their shared dream of Ralph becoming a dentist and returning to practice in his hometown of Milo, Maine. Chris proudly and very happily worked alongside her husband of 57 years as his dental assistant for over 25 years. She loved to say that she allowed him to be the boss at work but she was the boss at home. Chris was actively involved in her adopted and beloved “hometown” of Milo. She fondly said she never wanted to live anywhere else. She belonged to the Audia Club and was a founding and lifetime active member of the Milo Historical Society. She always took an active interest in Milo’s history but also keenly interested in what was currently happening in Milo and supported many community causes. Chris was predeceased by the love of her life, her husband, Dr. Ralph Monroe; her parents, Clarence and Blanch Allen; her sister, Gloria Allen Johnson; her brother, Harold Allen; and her beloved in-laws, Hazel and Chauncey Monroe. She is survived by her daughter, Debra Monroe Morgan and her husband, Michael; her son, Allen Monroe; her grandchildren; Douglas Morgan and his partner, Erika Frank, Scott Morgan and his wife, Jennifer Drew, and Hannah Morgan Roberts and her husband, Alex; and by one great-granddaughter, Dorian Morgan. She also is survived by her beloved “grand dog” Mickey. Sincere thanks goes out to everyone who has shown their love and support to Chris and her family over the years and especially in her final days, you’ll never know how very much it has meant. A funeral service will be held 3PM Thursday, November 10, 2022, the Milo United Baptist Church. Gifts in Chris’s memory may be made to the Milo Historical Society ℅ Deanne Merrill 78 Elm Street, Milo, Maine 04463; the Dyer’s Hope House Food Pantry PO BOX 334 Milo, Maine 04463., or the PAWS of Milo Penquis Animal Welfare Sanctuary 39 Clinton St, Milo, ME 04463. Arrangements are in the care of the Lary Funeral Home. Messages of condolence and memories may be expressed at www.laryfuneralhome.com.
Thursday
10
November

Share Your Memory of
Olga
Upload Your Memory View All Memories
Be the first to upload a memory!
Share A Memory
Plant a Tree