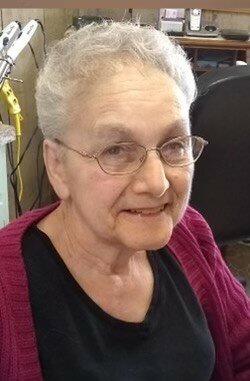 Please share a memory of Barbara to include in a keepsake book for family and friends.
View Tribute Book
Sangerville - ﻿Barbara Francis Snow Boone, passed away at the age of 79, on October 25, 2022, at Northern Light Eastern Maine Medical Center in Bangor. She was the daughter of the late Stewart S. Snow and Lillian Holmes Snow. She was also predeceased by her two brothers, William and Robert Snow. Barbara attended Bangor High School and graduated in 1961. She then worked for CE Noyes where she met and later married William L. Boone, with whom she had 2 children, a daughter, Brenda, and a son, William L Boone, Jr. Later, she worked for Chase & Kimball Oil Co. and then for 35 years as a Medical Billing Specialist for Mayo Regional Hospital until her retirement in 2014. She is survived by her daughter Brenda Macomber and her husband, Scott of Dover-Foxcroft; son, Will Boone and his wife, Emma of Runcorn, England; grandchildren, Justin Savage of Limerick, Max and Alice Boone of Runcorn, England; great-grandson, Jordan Savage; and extended family in Florida. She is also survived by her long time companion, Carroll Harlow, of Orrington, who had a very special place in her heart. Graveside services will be held 2PM Friday, October 28, 2022, at the Rural Grove Cemetery in Dover-Foxcroft. After the service, family and friends are invited to gather at the home of Scott and Brenda Macomber.
Friday
28
October

Share Your Memory of
Barbara
Upload Your Memory View All Memories
Be the first to upload a memory!
Share A Memory
Plant a Tree