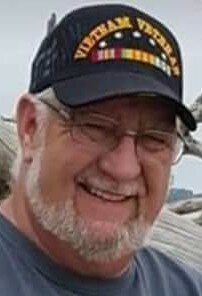 Obituary of Clifford I. Davis, Jr.

Please share a memory of Clifford to include in a keepsake book for family and friends.
View Tribute Book
Atkinson - Clifford “Kip” I. Davis, Jr. passed away at the age of 72, October 13, 2022, at home with his wife, Sandra, by his side. He was the son of the late Clifford and Betty Davis of Atkinson, Maine. Kip was born February 10, 1950. He graduated from Milo High School before joining the U.S. Navy in 1969. Kip then worked at the O&R Lumbra Mill for 27 years before retiring. He is survived by his wife of 50 years, Sandra Davis; his brother, Charles Davis; his daughter, BettyJo and her husband, Harley Cuthbertson; his son, Clifford Davis III and his wife, Lindsey, Tim Badger and his wife, Tammy; his step-children, Alan Preble, Tammy Buck, Robin Brown, Chris Preble and their amazing spouses. Kip was a family man and loved his grandchildren and great grandchildren with open arms. His love for sure was family first. He also had a very special friend and brother-in-law, Mike Noyes, who he loved very much. Kip had a love for 4-wheeling, camping, fishing and his street rods. His journey in life took him on many adventures with his wonderful wife, Sandra. They were for sure a 50 year love story. Clifford lost his battle with cancer. His family wishes to extend a special thank you to the dedicated staff at the VA Hospital and the Cancer Care of Maine Center in Brewer. Arrangements are in the care of the Lary Funeral Home. Condolences and memories may be expressed at www.laryfuneralhome.com.

Share Your Memory of
Clifford
Upload Your Memory View All Memories
Be the first to upload a memory!
Share A Memory
Plant a Tree