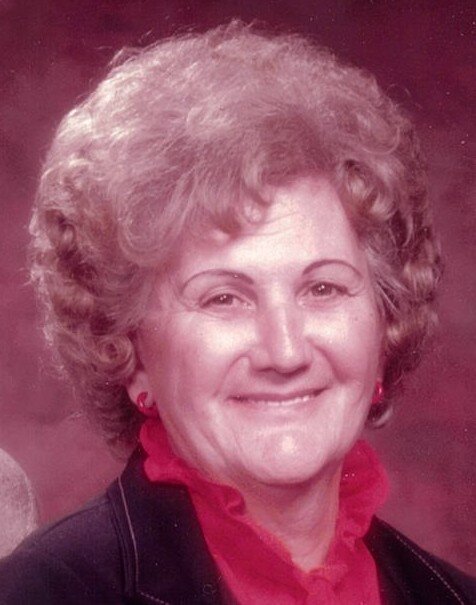 Please share a memory of Mary to include in a keepsake book for family and friends.
View Tribute Book
Dexter – Mary (Richards) Sawyer Hunt, 98, passed away peacefully Oct. 14, 2022, at Hibbard’s Skilled Nursing Home. She was born June 6, 1924, the daughter of Edward and Maude (Kelly) Richards. Mary is survived by a son, Robert Sawyer, Sr. and his wife, Joan, of Dexter; a son, Thomas Sawyer and his companion, Joelle Palmer, of Newport; and a daughter, Theresa York of Guilford. She is also survived by many nieces, nephews, grandchildren, great-grandchildren, and great-great-grandchildren. Mary was predeceased by husband, Robert Merle Sawyer, and second husband, Orrie Hunt of Stacyville, and siblings, Marjorie, Yvonne, William, John, Goldie, Frances, Fidele, Edmond, and Cecile. Mary worked at Hardwood Products for several years, cleaned local houses, and picked potatoes on a harvester. She was an avid reader. After many later years of health afflictions, beating cancer twice, a broken hip, shingles and a stroke, her strength pulled her through. She lived with her son, Robert and his wife, for eight years until an accident while she was in respite in Dexter, and not able to make a full recovery, she was unable to return home and went to Hibbard Skilled Nursing Home. Graveside services will be held at 12:00 noon, Wednesday, October 19, 2022, at Lake Road Cemetery, Rt. 15, Monson. In lieu of flowers, donations to the Bangor Humane Society, 693 Mt. Hope Ave, Bangor 04401 would be appreciated. Arrangements are in the care of the Lary Funeral Home. Condolences and memories may be expressed at www.laryfuneralhome.com.
Wednesday
19
October