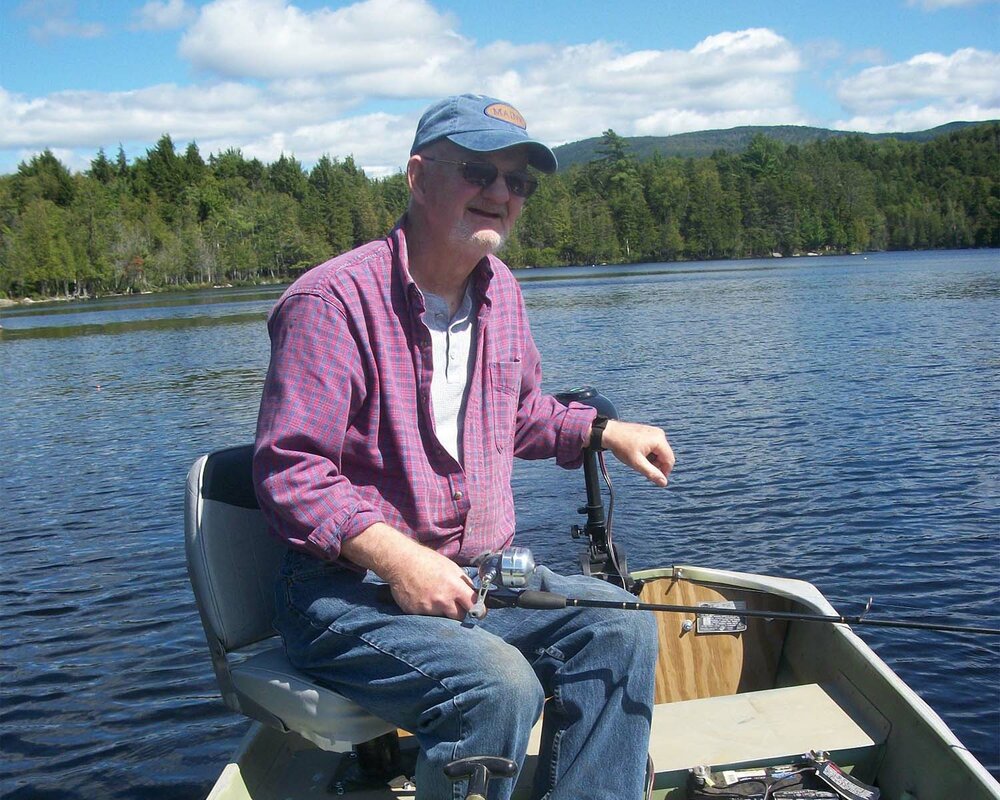 Please share a memory of Carroll to include in a keepsake book for family and friends.
View Tribute Book
Guilford - Carroll Lorenzo Jones, 85, passed away September 30, 2022, unexpectedly at his home with his wife of 31 years by his side. He was born May 21, 1937, in Dexter, the son of Pearl and Evelyn (Doore) Jones. Carroll grew up in Silvers Mills and graduated from Dexter Regional High School. He went directly into the U.S. Air Force, serving 4 years. After the service, he worked at Dexter Shoe, Custodian at Mayo Street Elementary School. He eventually received his boiler operator license and ran boilers for Prides Manufacturing and Hardwood Products until he retired. A true do-it-yourselfer from automotive repair and wood working projects to home building. There were not many things he would not try to tackle on his own. He was an outdoor enthusiast with the love of camping and fishing, a faithful Christian and an avid reader of the bible and western novels. Carroll is survived by his wife, Carrie Jones, and her children, Chris and Debbie (Leet) Raymond Sr., Michael and Heather (Holdredge) Raymond, Knud and Cathy (Raymond) Hermansen, and Tracy Raymond and her significant other, Robert Webb; former wife, Madeline (Haskell) Petrie, and their children, Daniel and Brenda (Mitchell) Jones, Melissa (Jones) Cookson and her significant other, Scott Nelson, and Matthew and Rebecca (Fisk) Jones; sister, Prudie (Jones) Tremblay; 17 grandchildren; and 1 great-granddaughter. He was predeceased by his parents, and his daughter, Lucinda May Jones. A memorial service will be held 2PM Sunday, October 9, 2022,at the Abbot Free Evangelical Church, Abbot. Burial will be in Mount Pleasant Cemetery, Dexter. Arrangements are in the care of the Lary Funeral Home. Messages of condolence and memories may be expressed at www.laryfuneralhome.com.
Sunday
9
October

Share Your Memory of
Carroll
Upload Your Memory View All Memories
Be the first to upload a memory!
Share A Memory
Plant a Tree