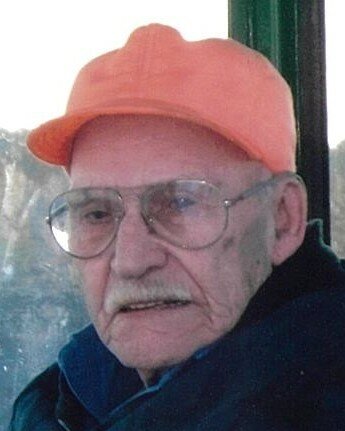 Please share a memory of Ernest to include in a keepsake book for family and friends.
View Tribute Book
Sebec and Dover-Foxcroft - Ernest Robert Harmon, 99, died peacefully at a Dover-Foxcroft hospital, September 25, 2022. He was born May 4, 1923, in Bridgton, Maine, the son of George Everett Harmon and Lillian Pearl (Pingree) Harmon. He graduated from Bridgton Academy and was a Marine Corps veteran of World War II. On May 7, 1947, he married Jeanne Elva Hill Harmon who predeceased him on April 5, 2007. Ernest was self-employed as a logging contractor and thoroughly enjoyed being in the woods. He also was a baseball and football fan, and loved his horses, dogs and cats. He was a good father, and a beloved Grampa and Great-Grampa. He is survived by a son, George and his wife, Terry, of Sebec; a daughter, Hallie and her husband, Charles Downing, of Corinna; 3 grandsons, Troy Downing and his wife, Vanessa, of Hopkinton, MA, Gregory Harmon and his wife, Devon, of Sebec, Robert Harmon and his wife, Jade, of Bowerbank; 5 great-grandchildren, Sophie Downing, Isla Harmon, Everett Harmon, Adele Harmon, and Lorna Harmon; a sister, Sylvia Andrews of Naples; and many nieces and nephews. Ernest will be sadly missed by his family. A private family service will take place at the Hill Family Cemetery in Whiting. In lieu of flowers, memorial contributions may be made to the charity of your choice. Arrangements are in the care of the Lary Funeral Home, Dover-Foxcroft. Condolences and memories may be expressed at www.laryfuneralhome.com.

Share Your Memory of
Ernest
Upload Your Memory View All Memories
Be the first to upload a memory!
Share A Memory
Plant a Tree