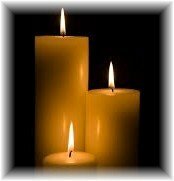 Please share a memory of William to include in a keepsake book for family and friends.
View Tribute Book
Guilford – William M. Rizzitello, 82, passed away suddenly September 13, 2022, at his son’s home in Sangerville. He was born June 30, 1940, in Corona, NY, the son of Rose (Morizzo) and Angelo Rizzitello. He attended schools in Mastic Beach, NY, and graduated from Center Moriches High School. Bill went into the U.S. Navy as a welder and pipefitter and proudly served his country for 6 years. Bill moved to Maine in the early 1970’s. It was there that he met the love of his life. He married Geraldine C. (Wyman) in 1974 and they built their life together. He worked on Mayo Regional Hospital when it was first being built, and then went to teach vocational welding and machine tool for more than 30 years at Stearns High School in Millinocket. Many remember “Mr. Rizz” or “Rizz” and would stop and say hello in the most unexpected places. Bill leaves behind his four children and several grandchildren: daughter, Deborah and husband, David Fournier, and their children, Christopher and wife, Brooke, and Chris’ son, Raylan and step-daughter, Sarah, Daniel and his girlfriend, Becky, and Anna and her boyfriend, Brian; daughter, Rose Rizzitello and her significant other, Alan; son, Angelo and wife, Kristy, and their children, Sophia and Salvatore; and Anthony Rizzitello and significant other, Beth. He will be missed by his siblings, Anthony Rizzitello and wife, Ana, Karen Tramantano and husband, Anthony, and Benjamin Rizzitello and wife, Rose Marie; in-laws, Barbara Marshall, Richard Wyman, Norman Wyman and wife, Marsha, Melvin Wyman and wife, Cathy, Roger Wyman and wife, Judy, Jody Lessard Wyman, and Vickie Wyman Easler; and many cousins, nieces and nephews. In addition to his wife, Geraldine, he was predeceased by his parents; his Godson and nephew, Michael William Rizzitello; sister-in-law, Judith Garneau; and brothers-in-law, David and Mark Wyman. The family wishes to give a special thanks to the Dover-Foxcroft Congregational Church for all their help with medical equipment. A graveside memorial service with military honors will be held 3PM Saturday, September 24, 2022, at Mount Pleasant Cemetery, Dexter, with Rev. Chad Poland officiating.. In lieu of flowers, Bill would tell you to take time to visit someone you haven’t seen in a while. Arrangements are in the care of Lary Funeral Home. Condolences and memories may be expressed at www.laryfuneralhome.com.
Saturday
24
September

Share Your Memory of
William
Upload Your Memory View All Memories
Be the first to upload a memory!
Share A Memory
Plant a Tree