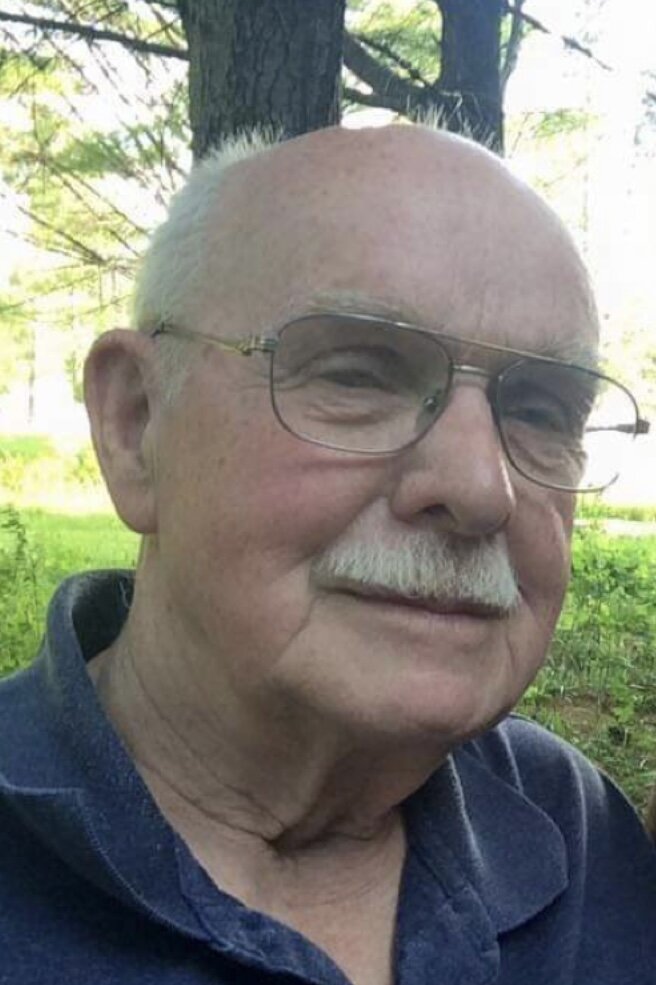 Please share a memory of John to include in a keepsake book for family and friends.
View Tribute Book
Monson – John Edmond Graham, 86, passed away peacefully September 9, 2022 at Northern Light Charles A. Dean Hospital, Greenville. He was born June 26, 1936 in Greenville, the son of Harold A. and Alvina (Tanguay) Graham. John grew up in the Maine woods with his 3 brothers, Leon (deceased), Urban of Greenville, Albert (deceased) and sister, Anne of Orrington, Maine. John’s 1954 Greenville High School yearbook articulated who John was the best when it stated, “the quietest of seniors, as John is without a doubt, he heads for woods or waters whenever school is out”. An avid hunter, fisherman, and camping enthusiast, you could always find him outside working on a project or down by Towne Pond where he lived in Monson. After high school, John worked as section hand for the Canadian Pacific Railroad and joined the Army in 1958 where he served his country faithfully for more than 22 years. Military assignments of interest include Berlin, Germany(1960s), and Korea. He retired at the rank of First Sergeant in October 1980 returning to Maine shortly thereafter. He will be missed for his timeless humor and his infinite kindness. John is survived by his loving wife, Angelika (Ebeling) Graham, oldest son David, daughter Marina Tomazinis and husband Joe, son Patrick Graham and his wife Tammi (Hughes), seven grandchildren - Chris, Angela, Austin, Aaron, Lauren, Hannah, Luke, and seven great-grandchildren. A Mass of Christian Burial will be held 10AM Saturday, October 1st, 2022 at the Holy Family Catholic Church, Greenville, with Father Hyacinth Fornkwa officiating. Burial with military honors will be in the family lot at the Lake Road Cemetery, Monson. In lieu of flowers, memorial contributions may be made to Holy Family Catholic Church, 145 Pritham Ave, Greenville, ME 04441. Arrangements are in the care of the Lary Funeral Home. Messages of condolence and memories may be expressed at www.laryfunerlhome.com.
Saturday
1
October