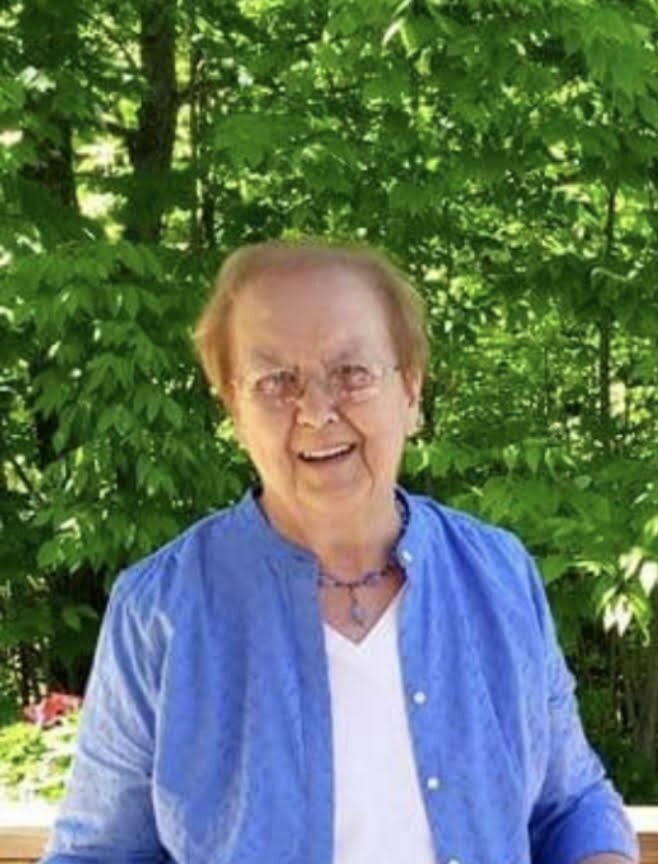 Please share a memory of Janet to include in a keepsake book for family and friends.
View Tribute Book
Medford – Janet R. Snowdale, 83, passed away September 9, 2022, suddenly at her home. She was born January 22, 1939, in Rockland, Massachusetts, the daughter of John T. and Edna (Fisher) Derochea. Janet enjoyed sewing and was well known for her Raggedy Ann and Andy dolls. Later in life she enjoyed doing puzzles at her little table by the window. She also enjoyed seeing her grand doggies and making sure they had plenty of treats. Janet is survived by five daughters, Sue McKinley and husband, Rick, Gail Leathers and husband, Rick, Sandra Crockett and husband, Roy, Donna Morton and husband, Mike, and Ann Morton and husband, Rob; special grandson, Paul Snowdale and wife, Molly; twelve grandchildren; nine great-grandchildren; and several nieces and nephews. She was predeceased by her husband, David Snowdale; parents; and siblings, John “Jack” Derochea and Irene Cipullo. The family wishes to thank Anne Weston and Amanda DeWitt with much appreciation for their wonderful care for Janet, A private graveside burial will take place in the fall at the Upper Ferry Cemetery in Medford, Maine. Arrangements are in the care of the Lary Funeral Home. Messages of condolences may be expressed at www.laryfuneralhome.com

Share Your Memory of
Janet
Upload Your Memory View All Memories
Be the first to upload a memory!
Share A Memory
Plant a Tree