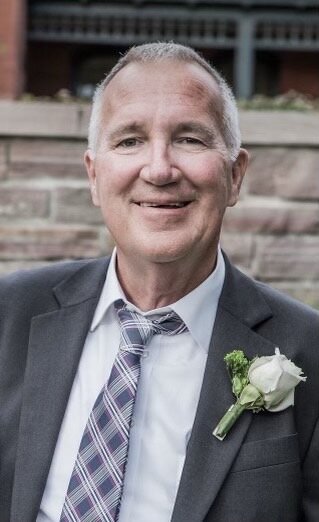 Please share a memory of Kent to include in a keepsake book for family and friends.
View Tribute Book
Guilford - Herbert ‘Kent’ Burdin, 70, passed away September 7, 2022, at his home. He was born April 7, 1952, the son of Herbert L. and Catherine (Quimby) Burdin. In the eyes of many, Kent was a man who could do anything. He was a hard worker, having worked for Maine Drilling and Blasting prior to his career in the woods. He was an outdoorsman, spending time canoeing, hunting, fishing and trapping with friends and family. He was well respected in the community, having served as a firefighter for the town of Guilford and as a Selectman for over 40 years. He was straightforward, kind, and known for his sense of humor. Perhaps the greatest and most treasured role he held was ‘Grandpa.’ His grandchildren were his absolute pride and joy whom he loved more than anything. To his core, he was a family man. Kent is survived by his loving wife of 48 years, Gail (Houston) Burdin; his four children, Karin Parsons and husband, Christopher, Jane Hagen and husband, Matthew, Roy Burdin and wife, Emily, and Abby Dooley and husband, Austin; seven grandchildren, Taylor, Drew, Emma Jane, Owen, Josie, Ellie, and Ivy; two sisters, Janet Herrick and husband, Eliphalet, and Ellen Jane Donahue and husband, Michael; and many nieces and nephews. He was predeceased by his parents, his daughter, Jill Burdin, his father and mother in law, Harry and Lurene (Carlson) Houston, and his sister and brother in law, Thomasine (Houston) and Garrett Morrison. A memorial service will be held 1PM Monday, September 12, 2022, at the Guilford United Methodist Church, with Rev. Ann Beach officiating. Immediately following the service a reception will be held at the church. Burial will be in the Cambridge Memorial Garden Cemetery. Arrangements are in the care of the Lary Funeral Home. Messages of condolence and memories may be expressed at www.laryfuneralhome.com
Monday
12
September

Share Your Memory of
Kent
Upload Your Memory View All Memories
Be the first to upload a memory!
Share A Memory
Plant a Tree