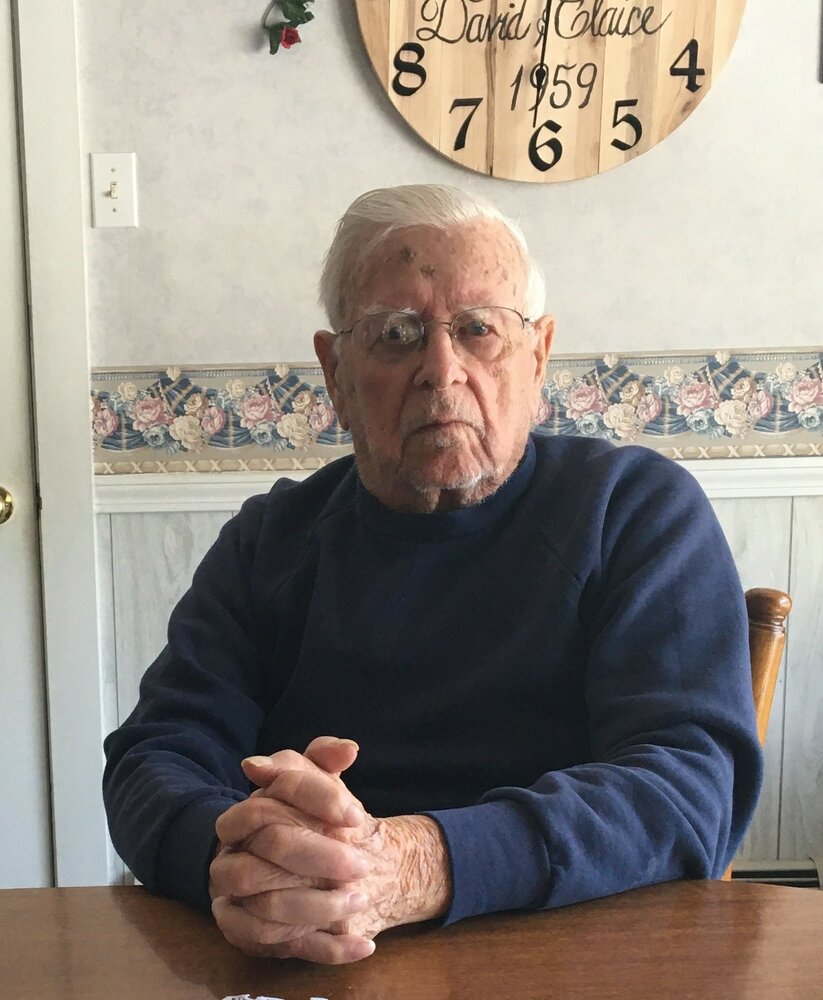 Please share a memory of Robert to include in a keepsake book for family and friends.
View Tribute Book
Milo – Robert C. Mayo, 97, passed away peacefully September 7, 2022, at a Belfast nursing home. He was born August 14, 1925, in York, the son of Albert and Sadie (Boyd) Mayo. Robert proudly served with the United States Navy, and retired after many years working as a machine operator for the Tannery. Robert is survived by special family members, Tom and Kelly Clark, Priscilla Reilly, and Penny McKay; four brothers, David, Gene, Dennis, and Lewis Mayo; two sisters, Gail Bean and Gloria Stevens; and many nieces and nephews. He was predeceased by his parents; a special aunt, Annie Hatch; three brothers, Maynard, Laurel, and Donald Mayo; and two sisters, Hazel Parker and Betty Stackpole. A graveside service with military honors 1PM Sunday, September 25, 2022, at the Evergreen Cemetery, Milo, with Pastor David Mumford officiating. Arrangements are in the care of the Lary Funeral Home. Messages of condolence and memories may be expressed at www.laryfuneralhome.com.
Sunday
25
September