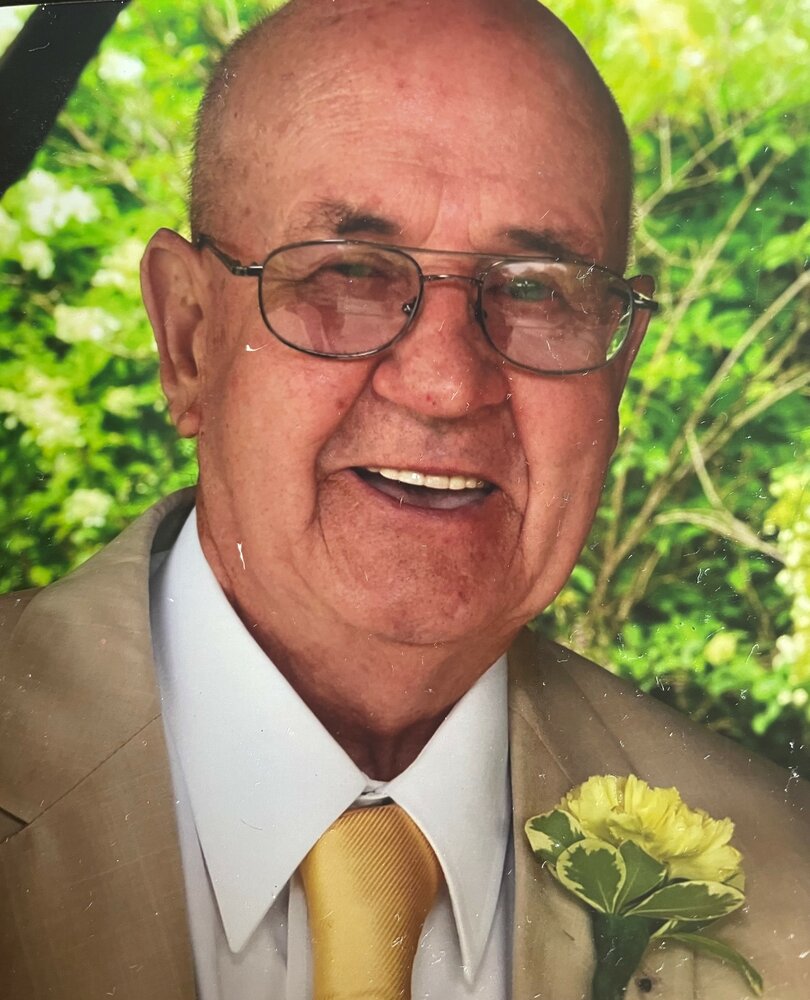 Please share a memory of Herbert to include in a keepsake book for family and friends.
View Tribute Book
Dover-Foxcroft – Herbert Orrin Severance, 92, passed away August 23, 2022, at Hibbard Skilled Nursing and Rehabilitation Center in Dover-Foxcroft. He was born February 14, 1930, in Dover-Foxcroft, the son of Orman and Aizzi (Crockett) Severance. Herb graduated from Foxcroft Academy. After high school, he joined the United States Air Force. He retired in 1970 after serving 21 years. Following his military retirement, he worked for Judkins’ Shop and Save for 20 years. You could always find Herb at his second home, the Foxcroft Golf Club. He loved his church family and was a longtime member of the Dover-Foxcroft United Methodist Church. On Friday nights in the fall, Herb could always be found cheering on the Foxcroft Academy football team. Herb is survived by his daughter, Sheryl Williams and her husband, Cullen, of Hampden; three granddaughters, Chelsey Holmes and her husband, Marshall, of Irwin, PA, Carley Thiboutot and her husband, Garik, of Westbrook; and Casey DeOliveira and her husband, Carlos, of Worcester, MA; two great-granddaughters, Madelyn and Elizabeth Holmes; great-grandson Henry Thiboutot; two nieces, Lynette Rayfield and Donna Crane; and several great-nieces and great-nephews. He was predeceased by his loving wife, Yolande (Robinson) Severance; son, Scott Severance; parents, Orman and Aizzi Severance; sisters, Pauline Lyford, Hattie Mae McSorley, Harriet Macomber, and Marjorie Warren; and brothers, Omar and Edward Severance. A time for family and friends to visit will be held 1-3PM Sunday, August 28, 2022, at the Lary Funeral Home, Dover-Foxcroft. Burial will be in the family lot in the Dover Cemetery, Dover-Foxcroft. Arrangements are in the care of the Lary Funeral Home. Messages of condolence and memories may be expressed at www.laryfuneralhome.com.
Sunday
28
August

Share Your Memory of
Herbert
Upload Your Memory View All Memories
Be the first to upload a memory!
Share A Memory
Plant a Tree