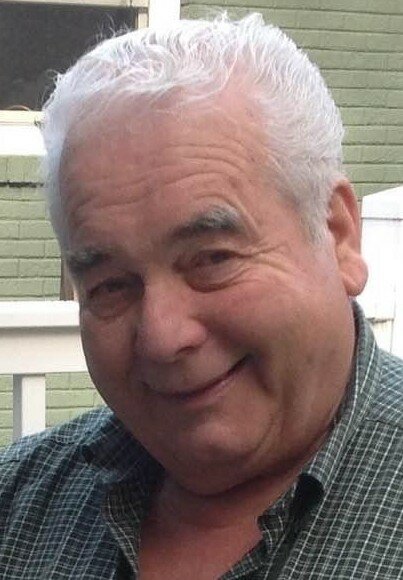 Please share a memory of Gary to include in a keepsake book for family and friends.
View Tribute Book
Sebec - Gary L. Briggs passed away unexpectedly July 25, 2022, at Northern Light Eastern Maine Medical Center, surrounded by his family and loving wife of nearly 60 years. Gary was born on January 18, 1945, the son of Lawrence C. Briggs and Florence G. (Bishop) Briggs. Gary grew up in Dover Foxcroft and graduated from Foxcroft Academy. He married the love of his life, his ”Reenie”, in September, 1962. Gary earned his Master’s Plumbers License and started his own successful business, Briggs Plumbing, Heating and Electrical. Gary worked tirelessly to build a good life for his wife and family. Through this business, he built many meaningful friendships and strong business relationships. He would drive miles all over the state and work long hours to make his business a success. Gary was also a member of the Masonic Lodge, a fire fighter for the Town of Dover Foxcroft, and served as a member of the Dover Foxcroft Water District. Gary was never hesitant to share his values of hard work, fairness and inclusion. He believed in the importance of going the extra mile for others. He welcomed so many people into his life and his heart, and when he asked how you were doing, he truly wanted to know. Gary’s favorite place to be when not at work or home with his wife, was at his family’s camp on Boyd Lake. He could often be found cruising the lake on his pontoon boat watching the sunset with his wife and friends. Gary also loved to travel with his Reenie. In his later years, he spent many enjoyable winters in South Carolina with his sons, Kevin and Mark. Gary’s tremendous presence in our lives will be greatly missed; his passing leaves a huge void in the hearts of so many. Gary leaves behind his wife, Maureen; his son, Kevin and husband, Mark; his brother, Jeff and wife, Lindley; his sister, Mary and husband, Earl Smith; as well as many special grandchildren and great grandchildren whom he cherished. Gary also leaves behind an aunt, Marilyn Glavine; cousins, brothers and sisters-in-law who were truly special to him. Gary was predeceased by his children, Joel A. Briggs, Christopher C. Briggs, Kelly J. Briggs, and his sister, Janet Heberger. Services will be held on August 20, 2022 at the Sebec Village Church at 11 AM. In lieu of flowers, donations can be made to the family at 24 Lamson Road. Sebec, ME 04481 or to the Sebec Village Church, c/o Diane Lamson 18 Pine Knoll Dr. Sebec ME 04481. Arrangements are in the care of the Lary Funeral Home. Condolences and memories may be expressed at www.laryfuneralhome.com.
Saturday
20
August

Share Your Memory of
Gary
Upload Your Memory View All Memories
Be the first to upload a memory!
Share A Memory
Plant a Tree