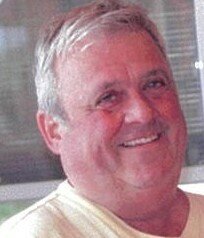 Please share a memory of Richard to include in a keepsake book for family and friends.
View Tribute Book
Brownville - Richard D. Melanson, 75, passed away peacefully May 22, 2022, at his home. He was born in Milo on February 4, 1947, the son of Ernest and Freda (Jones) Melanson. Richard was a fun-loving and happy-go-lucky man who was only a stranger once. He was the life of the party, loved puttering around his yard in his Ranger and socializing with his friends. He has now taken his final daily loop ride around the town of Brownville. Richard served in the U.S. Army during the Vietnam War and took great pride in his service. After his time in the service, he became an electrician and worked for the companies of PCI Industries and Great Northern Paper. Richard then owned his own business, Melanson Electric. Upon retirement, he was very dedicated to his self-appointed job at Graves Service Station. Richard was active in the Brownville Fire Department, Brownville Recreation Department, and the American Legion Post 92 throughout his life. Richard was deeply loved by his wife of 46 years, Beth; his daughter, Erica; his son, Rick with his wife, Candice; and the light of his life, his granddaughter, Emmaline. He also leaves behind a brother, James; sister-in-law, Carol; and several nieces and nephews. His second families, the Sicklers and Prebles, will miss him dearly. Richard was predeceased by his parents and his sister, Anne. A Mass of Christian Burial will be celebrated 10AM May 27, 2022, at Sts. Francis Xavier and Paul the Apostle Catholic Church, Milo, with Father Robert Lupo, celebrant. Burial with military honors will take place in the Pine Tree Cemetery, Brownville Junction. A celebration of Richard’s life will be held 1PM Saturday, May 28, 2022, at the Legion Building in Brownville Junction. Should anyone wish to remember him, please consider making a donation to any one of the following organizations: Brownville Fire Department, Brownville Recreation Department, or the American Legion Post 92. Arrangements are in the care of the Lary Funeral Home. Messages of condolence and memories may be expressed at www.laryfuneralhome.com.
Friday
27
May

Share Your Memory of
Richard
Upload Your Memory View All Memories
Be the first to upload a memory!
Share A Memory
Plant a Tree