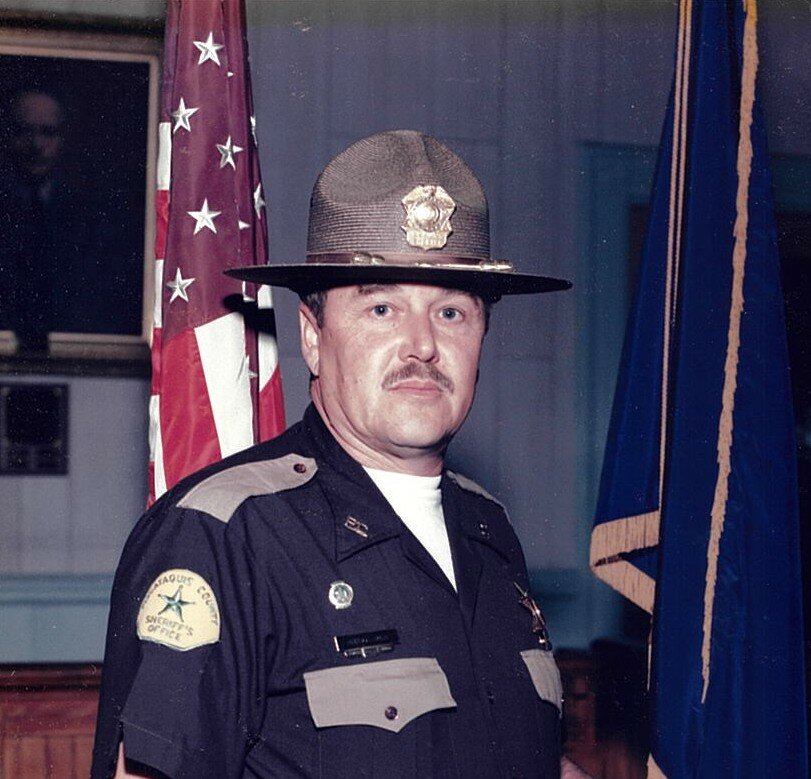 Please share a memory of Grayln to include in a keepsake book for family and friends.
View Tribute Book
Greenville- Grayln Scott Smith, 73, passed away March 25, 2022, surrounded by his loving family after a long battle with cancer. Grayln was born January 8, 1949, in Pittsfield, the son of Robert and Leona (Woelk) Smith. He graduated from Maine Central Institute, Class of 1967. Grayln also attended and graduated from Beal College. He proudly earned an honorable discharge from the United States Army Reserves. Grayln was retired from the State of Maine Dept of Conservation. Grayln was a member of the Greenville Police Dept as a patrol officer for 16 years and the Piscataquis County Sheriff Office as deputy since April of 1977. Grayln loved to hunt and fish. Some of his best memories include spending time at the family camp in Greenville and teaching Abigail how to drive his boat on Moosehead Lake. Grayln was predeceased by his parents, Robert and Leona Smith; sister, Sandra Smith Bowling; and brother, Marlin Smith. He is survived by his loving wife of 50 years, Annette (Breau) Smith; son, Adam Smith and his wife, Melissa, and their daughter and Papa’s apple of his eye, Abigail, from Glenburn; brother, Kevin Smith and his wife, Deborah, and their family of Pittsfield; brother, Warren Smith of Portland; and all his great friends including special neighbors, Brent and Esther Ireland. In lieu of flowers please send donations to Pine Tree Hospice, 883 West Main Street, Dover-Foxcroft, ME 04426. Services will be private. Arrangements are in the care of the Lary Funeral Home. Messages of condolence and memories may be expressed at www.laryfuneralhome.com.

Share Your Memory of
Grayln
Upload Your Memory View All Memories
Be the first to upload a memory!
Share A Memory
Plant a Tree