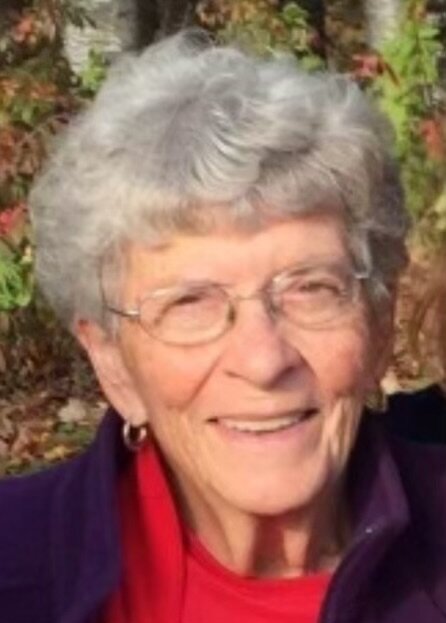 Please share a memory of Charlotte to include in a keepsake book for family and friends.
View Tribute Book
Dover-Foxcroft – Charlotte M. Boone, 84, wife of the late William Boone, passed away March 20, 2022, at Northern Light Eastern Maine Medical Center in Bangor. She was born October 4, 1937, in Monticello, the daughter of William F. and Isabelle G. (Foster) Swimm. Charlotte had worked at Hathaway Shirt Company and retired from Guilford Industries. Charlotte is survived by a son, William Lambert and his wife, Reneta, of Brunswick, GA; two daughters, Deborah Lambert of Portland, and Lorraine Robinson and her husband, Barry, of Benedicta; a step-daughter, Brenda Macomber and her husband, Scott, of Dover-Foxcroft; a step-son, Will Boone and his wife, Emma, of England; a brother, Clarence Swimm of Florida; five grandchildren and several great-grandchildren. She was predeceased by a brother, Byron Swimm. Friends are invited to call from 10:00 am until time of funeral service at 11:00 am Saturday, April 2, 2022, at the Lary Funeral Home, Dover-Foxcroft, with Pastor Phil McGlauflin officiating. A graveside committal service will be held 11:00 am June 3, 2022, at Rural Grove Cemetery, Dover-Foxcroft. Arrangements are in the care of the Lary Funeral Home. Condolences and memories may be expressed at www.laryfuneralhome.com.
Saturday
2
April

Share Your Memory of
Charlotte
Upload Your Memory View All Memories
Be the first to upload a memory!
Share A Memory
Plant a Tree