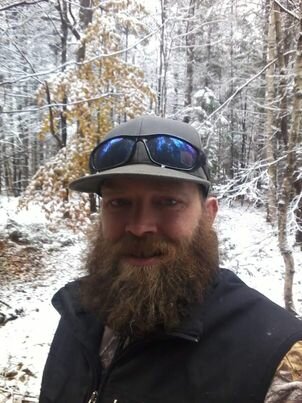 Please share a memory of Joshua to include in a keepsake book for family and friends.
View Tribute Book
Dover-Foxcroft - Joshua C. Talbot, 43, passed away peacefully at Northern Light Mayo Hospital on March 15, 2022. He was born on March 1, 1979, at Mayo Regional Hospital to Charles and Teresa Talbot. Besides his parents, he is survived by his children, Dylan Michael Talbot and Han Campbell. He also leaves behind his brother, Lucas, and wife, Kati, and children Gabe, Gracie and Beau Talbot; his sister, Melissa and children, Makayla and Jaydon Talbot; and several aunts, uncles and cousins. A graveside service will be held on May 29th at the New Blanchard Cemetery, Blanchard Maine. Arrangements are in the care of the Lary Funeral Home. Condolences and memories may be expressed at www.laryfuneralhome.com.

Share Your Memory of
Joshua
Upload Your Memory View All Memories
Be the first to upload a memory!
Share A Memory
Plant a Tree