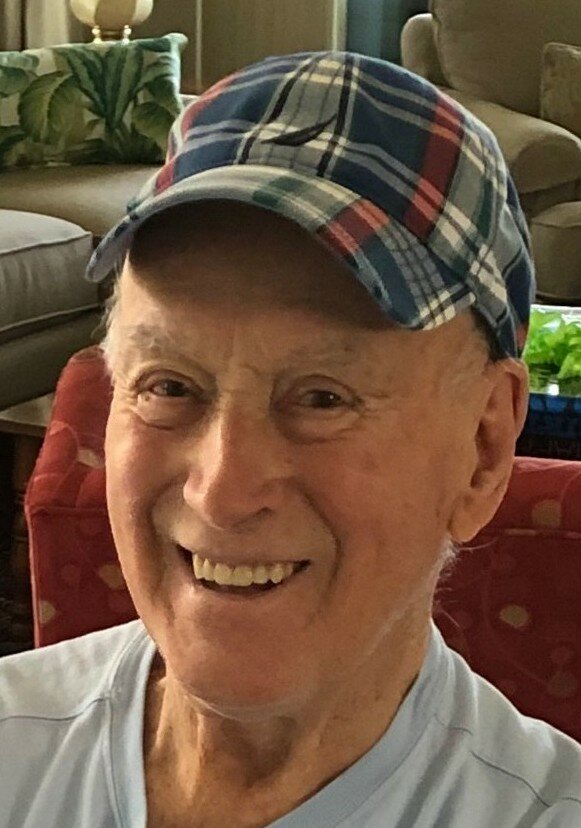 Please share a memory of Robert to include in a keepsake book for family and friends.
View Tribute Book
Dexter and Tampa Florida - Robert Cote, 91, passed away peacefully in his sleep, with his wife by his side, following a brief illness, March 8, 2022, in Tampa, Florida, just 9 days shy of his 92nd birthday. Bob was known for his strong work ethic, his love of landscaping, his love of family, his very dry sense of humor, and his complete devotion to, and adoration of, his wife of 25 years, Melba. Bob was born the fourth and youngest son of Cecile (Clukey) and Joseph Cote of the Charleston Road in Dexter, where he lived until he joined the US Marine Corps in 1951. He rose to the rank of Corporal and served proudly in Korea; an experience that stayed with him all his life. Bob married Nora Clukey from Sangerville in 1956. They had two children and took up residence in Dexter. During this time, Bob trained as a sheet metal journeyman and found work at Bangor Roofing Company, and eventually the Local 545, working alongside other family members on roofing jobs throughout the State of Maine and New Hampshire. Bob was a member of St. Anne’s Catholic Church, the VFW and the American Legion in Dexter, where he worked at Bingo for many years. Widowed in 1988, Bob spent time with his children and grandchildren and worked on gardening and landscaping projects around his home on Zion Hill Road, until one day in 1993 when he had a chance encounter while in line at the drugstore with a woman he had dated back in high school. This began what became a 29-year love affair with the greatest love of his life, Melba Kimball from Parkman. They would marry and set up their home in Sangerville and would travel extensively to places they never dreamed they would go, and they would enjoy their home, their families, their friends, and their peaceful lives for more than a quarter century. Bob and Melba lived in Florida for the past four years, enjoying the warmth and sunshine, where Bob never had to worry about shoveling snow again for as long as he lived. Although he missed the State of Maine, and was terribly homesick for Dexter and Sangerville, he didn’t miss the cold temperatures and the ice and snow that Maine winters brought, and he was most glad to be away from blackflies. Bob is survived by his wife, Melba, as well as his children, James Cote and his husband Jacques Bourget, of Odessa, FL; his daughter, Lisa Fishman and her husband, Daniel, of Wallagrass, ME; and three grandsons, David Fishman of Shanghai, China, Joseph Fishman of Waterville, and Benjamin Fishman of Wallagrass; as special sister-in-law, Prudence Bair of Bellevue, WA, whom he considered a daughter; and his “favorite” nieces, Debbie Dephillipo and Leslie Bair; several nephews and their wives; and many friends. He was predeceased by his parents, Joseph and Cecile; brothers, Eugene and Bradley, and eldest brother Philip, who was his hero as a teenager, and remained so until the day he died. Per his wishes, Bob will be cremated and there will be no funeral services. A Celebration of Life is being planned for June 7, 2022 in Maine. Details will be shared as they become known. If you would like to attend the Celebration of Life, please reach out to either Lisa (lisa.fishman@maine.edu) or Jim (jamescote@outlook.com). Local arrangements are in the care of the Lary Funeral Home. Condolences and memories may by expressed at www.laryfuneralhome.com.