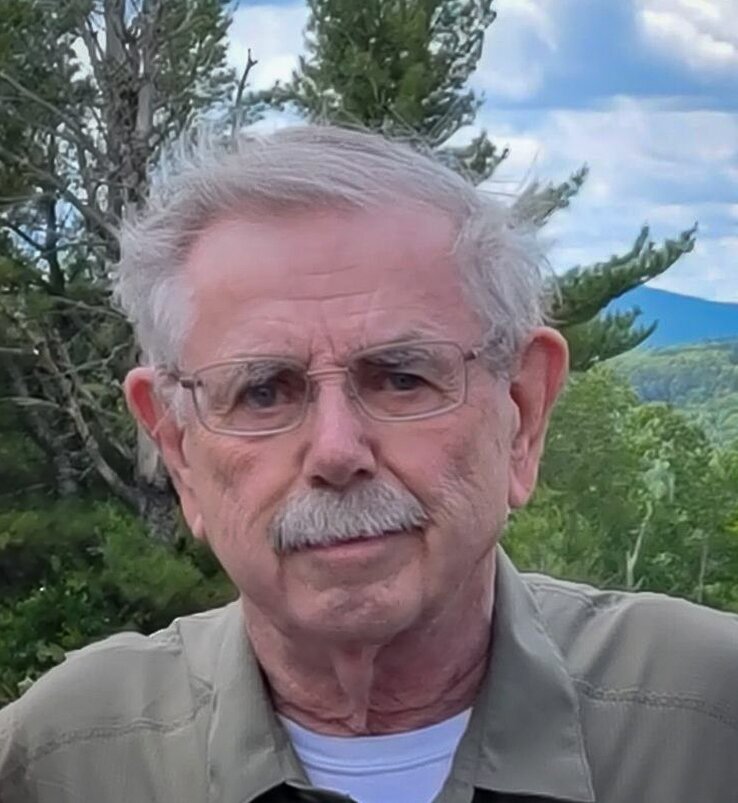 Please share a memory of Robert to include in a keepsake book for family and friends.
View Tribute Book
Shirley - Bob left this life on March 2, 2022, to join his parents, Rena Louise (McCullers) Young, and Robert Ames Young, in heaven with our Lord and Savior. He was born on January 22, 1947, in Peabody, MA and grew up in Danvers, MA. He leaves behind his partner of 25 years, O’Dell M. Young; sister, Judith Bozarth; niece, Sheryl and husband, Raymond Peabody, their children, Lauren and husband, Richard Schuesler, and their children, Baylie and Colton; Sarah, and Emily Peabody; his beloved nephew, John DeCosta and girlfriend, Debbie Bowman; stepdaughter, Margaret and husband, Domenic Testa and his beloved grandchildren, Domenico and Caterina Testa; stepson, James Merchant and wife, Michelle, and his beloved grandchildren Michael, Allison, and John Merchant; and stepson, Michael Merchant. He will also be missed by numerous friends, especially Carol Linsay; Norm Borge of the Cape Ann Sportsmans Club, of which he was a long time member; Suzanne Leathers and husband, Peter; his Maine friends, Peter McKusick, Bob Corsa and girlfriend, Linda, Renie Goulette, Geneva and Norman Beckwith, Tootie and Wayne Bennett, and many others from the ATV club, The Big Pine Gun Club and the Snowmobile Club of Maine. Bob worked for many years for Boston Edison where he made many friends including Bob Ballzarini, Don Piccarini, Chuck and Jennifer Baima, Harvey and Rhoda Houtz , Ronnie Almeida, as well as Fred and Sandra Bartkus and Paul Boyd, a childhood friend. A devoted son and nephew, he took care of his parents and Uncle Jack and Aunt Merilyn, delaying his own retirement plans to care for them. In 2013, he and O’Dell found their home in Shirley, and have greatly enjoyed both the views and making new friends in the community; living in Shirley has been a dream come true for both! Bob loved to hunt, fish, and observe the local wildlife, from birds to moose. One of his favorite activities was teaching the older grandchildren how to drive the UTV; something he and Domenico had a special time doing together. He also took all his grandchildren out on the area ponds kayaking several times….and boy, did they love having a kayak to command with Bob and their parents watching them. Bob and O’Dell had many adventures during their vacation years in Rockwood, before their move here to Maine. Some were quite memorable, as the mishaps they made were quite a few, and almost humorous…almost. Riding through the woods, looking for moose (as tourists, of course), white-water rafting, where Bob got spilled out….oh, the trip that got them stuck in the woods overnite –in their truck (cold & wet)…. He had a special close relationship with granddaughter, Caterina, who had several extended visits during the summer months, when they would ride through the woods, and visit the beautiful waterfalls, stop and have a picnic….also while watching any animals that would wander by….Cat even spying her first moose! For many years Bob took a trip in the fall to West Paris, ME to hunt, with friends who became like another family to him. It was an extended family named Morgan, who lived nearby one another in numerous homes, with children and grandchildren. He would often stay with them through Thanksgiving as well. So he leaves behind this family, Sheldon, Kathy, Sheryl, Caesar and his family, Stacy and her family, plus the family of Sheldon and Kathy’s son, Sandon, who died in a motorcycle accident in 2003. He loved them all so much. Burial will take place on Friday, May 27, 2022, at 3:00pm at the Shirley Cemetery, Shirley. In lieu of flowers, the family would ask that you send a donation to Caiden’s Crusaders (for children’s cancer treatment) in Bob’s name to: Caiden’s Crusaders, 6 Westminster St., Amesbury, MA 01913. Arrangements are in the care of the Lary Funeral Home. Messages of condolence and memories may be expressed at www.laryfuneralhome.com. God bless us everyone, and keep Bob in His graces, until we meet again.
Friday
27
May