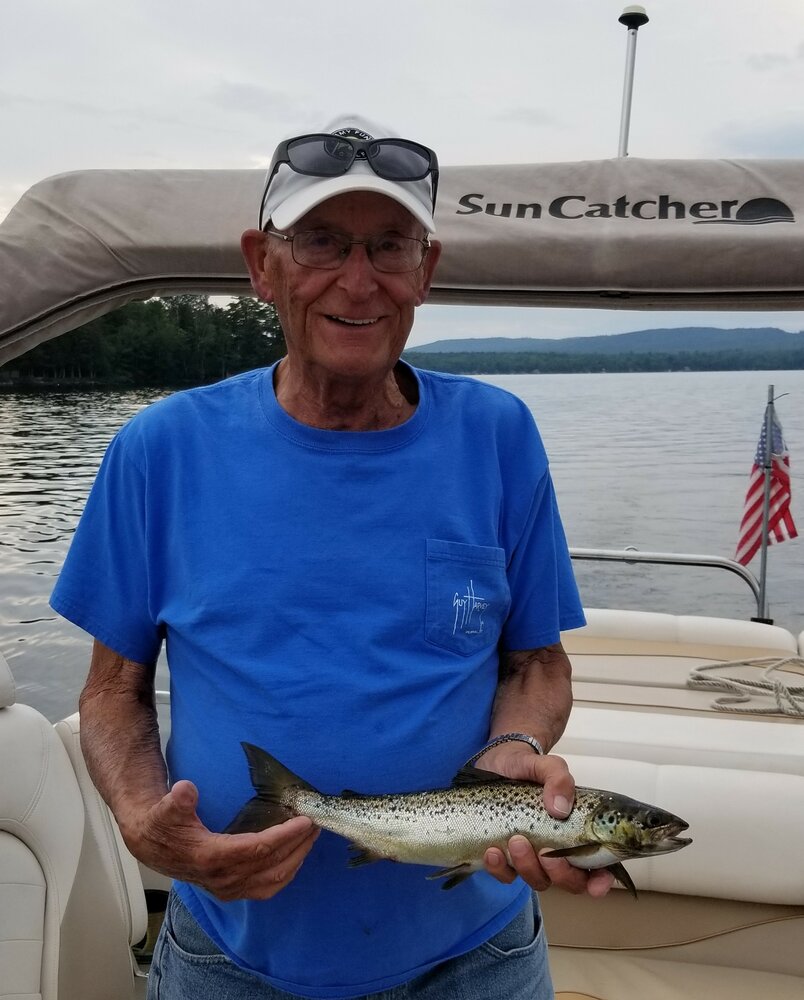 Obituary of Donald A. Moulton

Please share a memory of Donald to include in a keepsake book for family and friends.
View Tribute Book
Dover-Foxcroft – Donald A. Moulton, 85, passed away suddenly September 28, 2021, at Northern Light Mayo Regional Hospital, Dover-Foxcroft. He was born February 8, 1936, in Sangerville, the son of Lester C. Sr. and Hester B. (Goodell) Moulton. Don grew up In Sangerville and graduated from PCHS, Class of 1954. He proudly served with the United States Army before owning and operating Moulton’s Gulf Station in Dover-Foxcroft. Don later owned and operated Main Street Mobil before going to work for A.E. Robinson for 17 years until his retirement in 1997. Don was a 32nd degree mason for the Abner-Wade Lodge #207 A.F. & A.M. and a member of the Anah Shrine in Bangor. He served on many civic committees, including the S.A.D. 4 School Board, Guilford-Sangerville Water District, and Sangerville UUA Board of Directors. Don was an avid square dancer, and enjoyed playing golf and salmon fishing on Sebec Lake. After retirement, Don and his wife enjoyed wintering in North Port, Florida. He is survived by his loving wife of 64 years, Beverly (Reardon) Moulton of Dover-Foxcroft; two sons, Rocky Moulton and wife, Janet of Virginia, and Scott Moulton and wife, Trisha,of Abbot; four grandchildren, Ashley and Eric Moulton of Virginia, and Ethan and Brian Moulton of Abbot; two half-brothers, Larry Moulton and Robert Moulton; two sisters-in-law, Judy Moulton and Alice Moulton; and several nieces and nephews. Don was predeceased by his parents, Lester Sr. and Hester; step-father, George Ronco; sisters, Gertrude Clukey Anderson, Dorothy Dulac, Winifred Miles, and Barbara Blake; brothers, Lester Moulton Jr., Russell Moulton, and Roger Moulton; and half brother, Wayne Moulton Sr. A graveside memorial service including a Masonic service and military honors will be held 1PM Saturday, October 9, 2021, at the Blanchard Cemetery, Abbot, with Tom Goulette officiating. In lieu of flowers, contributions may be made to the House in the Woods, 217 Skunk Hill Road, Lee, ME, 04455, or to the Abner-Wade Lodge, #207, P.O. Box 27, Sangerville, ME 04479. Arrangements are in the care of the Lary Funeral Home. Messages of condolence and memories may be expressed at www.laryfuneralhome.com.
Saturday
9
October

Share Your Memory of
Donald
Upload Your Memory View All Memories
Be the first to upload a memory!
Share A Memory
Plant a Tree