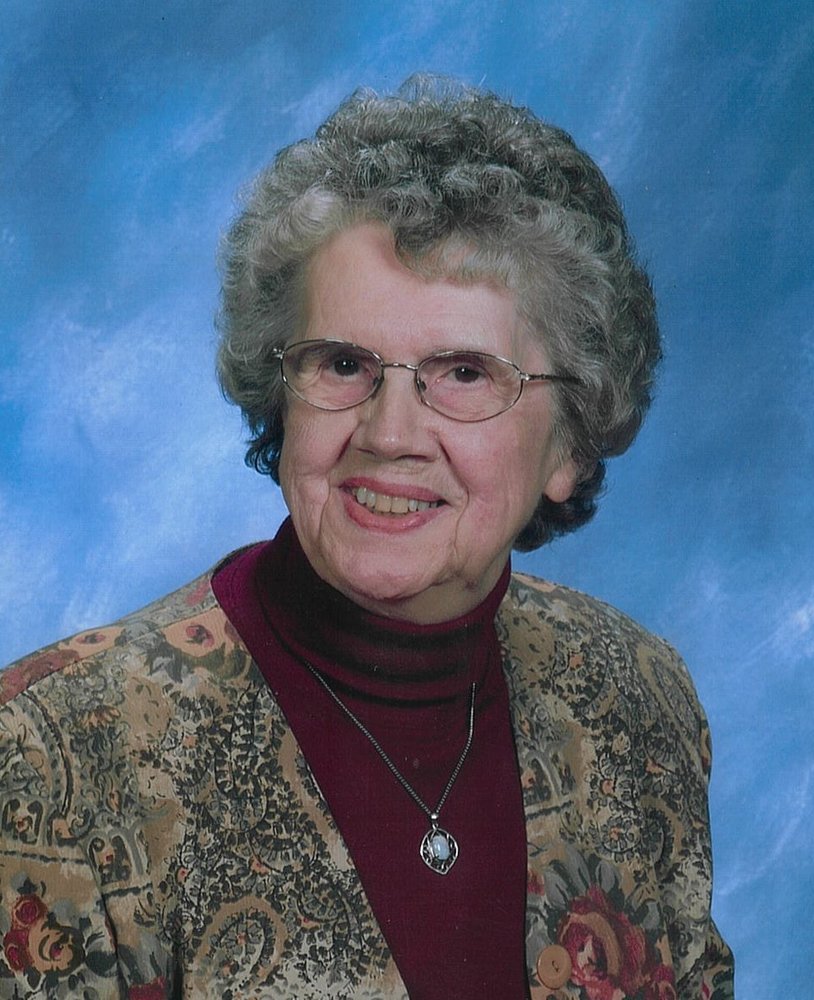 Dover-Foxcroft - Rebecca M. Kinney, 91, passed away September 21, 2019, at West Gate Manor, Bangor. She was born August 18, 1928, in Atkinson, the daughter of Clifford M. and Lucetta A. (Doore) Merrill. Rebecca grew up in Atkinson and attended Atkinson schools, Higgins Classical Institute, and Farmington State Normal School. She married Leon B. Kinney, August 18, 1949, in Bradford. Throughout her life, in addition to Atkinson and Bradford, Rebecca lived in Milo and Dover-Foxcroft. She was a member of the Order of Eastern Star and the Derby Mothers Service Club. She attended the United Baptist Church of Dover-Foxcroft, where she was a member of the choir and often a soloist and she also enjoyed being a part of the United Missions Board. Rebecca enjoyed sewing, knitting, cooking, and music.

A funeral service will be held at 11am Saturday, September 28, 2019, at the United Baptist Church, Dover-Foxcroft, with Pastor Chris Viera officiating. Immediately following the funeral service family and friends are invited to visit at the church for fellowship and refreshments. A committal service will be held that afternoon at 2:30pm at the family lot in the Evergreen Cemetery, Milo. In lieu of flowers, memorial contributions may be made to United Baptist Church Board, 146 E. Main St., Dover-Foxcroft, ME. 04426. Arrangements are in the care of the Lary Funeral Home. Messages of condolence and memories may be expressed at www.laryfuneralhome.com.

Share Your Memory of
Rebecca
Upload Your Memory View All Memories
Be the first to upload a memory!