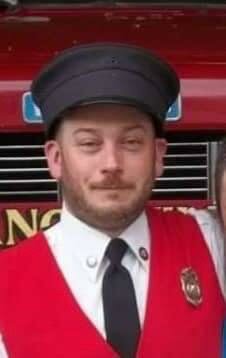 Obituary of Peter A. Tibbetts

Please share a memory of Peter to include in a keepsake book for family and friends.
View Tribute Book
Sangerville - Peter A. Tibbetts, 39, passed away March 2, 2022, at Northern Light Mayo Hospital in Dover-Foxcroft. He was born November 13, 1982 in Dover-Foxcroft, a son of Rodney A. and Jean L. (Hall) Tibbetts. Peter grew up in Bowerbank. As a child he enjoyed the outdoors, camping, fishing, and especially climbing trees. He had fond memories of his weekend adventures with his cousins and siblings at their grandmother's house. In high school he was on the wrestling team and part of the forestry program. He graduated from Foxcroft Academy, Class of 2002. Pete held various jobs over the years and was never afraid to try something new. Most recently he worked at Rent A Center in Dexter where he made some great friends. In his spare time he enjoyed taking road trips with his dog, Mercedes, and visiting the windmill farms. His humorous and kind personality will be missed. Peter is survived by his fiancée, Kara Easler; mother, Jean Tibbetts and her companion, Lewis Moro; daughter, Guinevere Tibbetts; son, Matthew Tibbetts; two brothers, Alden Tibbetts and wife, Amber, and Frank Tibbetts and wife, Jaime; sister, Mary Nicholas; and several cousins, aunts, uncles, nieces, and nephews. He was predeceased by his father, Rodney; aunt, Joyce E. Smith; brother-in-law, Peter J. Nicholas Jr.; and all of his grandparents, Alden and Muriel Tibbetts, and Everett and Catherine Hall. A graveside memorial service will be held in the summer at the family plot. Those details will be announced at a later date. Arrangements will be in the care of Lary Funeral Home. Messages of condolence and memories may be expressed at www.laryfuneralhome.com

Share Your Memory of
Peter
Upload Your Memory View All Memories
Be the first to upload a memory!
Share A Memory
Plant a Tree