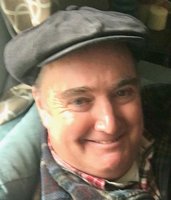 Milo, ME – Keith D. Porter, 66, a kind and humble man, passed away on July 20, 2021, at Northern Light Medical Center in Bangor, ME, after a brief illness. Born August 7, 1954 in Boston, MA, and raised in Sudbury, MA, Keith was an Eagle Scout, and a 50+ year member of the Sudbury militia. Keith was a Freemason from Piscataquis lodge #44 in Milo, active in all York Rite bodies including the Red Cross of Constantine. He was a loyal member of the Park Street United Methodist Church. Keith was a talented brick and stone mason. Keith Porter comes from a long line of Freemasons on both sides of his family. His Paternal Grandfather, Stanley Dean Porter Sr., was a 3rd Degree Master Mason and the Most Excellent High Priest of the Royal Arch Chapter in Watertown MA. His maternal Great Grandfather, William James Pye, was active in both York Rite and Scottish Rite in Halifax Nova Scotia, earning the rare and distinguished 33rd Degree (Active) Sovereign Grand Inspector General of the Scottish Rite. Keith’s Father, Stanley Dean Porter Jr. is a 3rd Degree Master Mason from Pilgrim Lodge in Harwich, MA. Keith’s Brother, Stephen D. Porter, is a 3rd Degree Master Mason also from Pilgrim Lodge in Harwich, MA, and Keith’s nephew Travis W. Shores is a 3rd Degree Master Mason and York Rite Mason in both Royal Arch Chapter and Cryptic Council of Royal and Select Masters in Vermont. Keith’s own masonic journey likely began in his youth where he was avidly involved in the Gus Grissom Chapter of DeMolay in Sudbury, MA, serving then as Master Councilor. Keith was admitted to Piscataquis Lodge #44 in Milo Maine where he was initiated as an Entered Apprentice on September, 10th 1999, Passed to the degree of Fellowcraft on December, 10th 1999, and Raised to the Sublime Degree of Master Mason on March, 10th, 1999. Keith served as Senior Steward in 2000, Junior Deacon in 2001, Junior Warden in 2003, Senior Warden in 2004 and then was elected Worshipful Master of Piscataquis Lodge in 2005. Later as Past Master, Keith served as Marshal, and has been the beloved lodge Chaplain from 2006 until his death. Like his Grandfathers, Keith joined the York Rite. Keith was a member of Rabboni Chapter #62 of Royal Arch Masons in Milo, ME. Keith received the degrees of Mark Master, Past Master, Most Excellent Master, and Royal Arch. Keith served as Scribe, Captain of the Host, and was then elected Most Excellent High Priest from 2005 to 2012. In like manner to his home lodge, as Past High Priest, Keith had been currently serving as their Chaplain. Keith received the Cryptic Degrees of Royal Master and Select Master from Central Council #18 of Royal and Select Masters in Dover Foxcroft, ME where he has been their Chaplain from 2015 onward. Keith was a member of St. John’s Commandery #3 of Knights Templar in Bangor, ME where he received the degrees of Order of the Red Cross on June15th 2009, Knight of Malta on August 24th 2009, and then Knighted in the Order of the Temple on September, 28th 2009. Keith held the office of Warder in 2020. Keith was appointed Grand Principal Sojourner of the Grand Chapter of Royal Arch Masons in Maine in 2011. Keith held the distinction as being Knighted into the Red Cross of Constantine, Tamerlane Conclave #4 on October 31 2009. Keith will be missed by his parents, Stanley Dean Porter, Jr. and Janet Porter of Harwich, MA, and his four siblings: Stephen (Louise) of Cummaquid, MA, Kathy (David Reach) of Jonesboro, TN, Karen of Dennis, MA, and Dwight (Amy) of Wrentham, MA. “Uncle Keith” was loved by nine nieces and nephews, and 10 grand nieces and nephews. He also leaves behind his dear friend, Kum Sun “Kang” Oakes of Milo. A memorial service will be at 11AM Monday, August 16, at Piscataquis Lodge #44, 6 Dusty Lane, Milo. In lieu of flowers, Keith‘s family suggests donations in his memory be sent to the Lodge at the above address or practice a random act of kindness. Arrangements are in the care of the Lary Funeral Home. For condolences and more information please visit www.laryfuneralhome.com