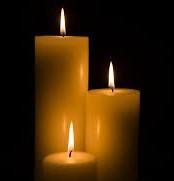 Milo and Frenchboro - Monte James Smart, 71, passed away May 2, 2020, with his family by his side, after a courageous battle with colon and liver cancer. Monte was born May 25, 1948, in Milo, the son of Maurice and Eva (Hall) Smart. Doctors predicted a short battle but those who knew Monte saw that he was fierce and never gave up. His fight was admirable on the battlefield as well as in life. Monte was a Vietnam Veteran, serving with the 1st Armored Division and the 25th Infantry Division Bobcats, earning two bronze stars for his bravery while serving two tours of duty. Monte was predeceased by his parents, Eva and Maurice Smart of Boyd Lake, and loving wife, Joann (Pelletier) Smart of Milo. He is survived by two brothers, Randy and Scott Smart of Milo. He is survived by his daughters, Melissa Harmon and husband, Fred, of Statesville, North Carolina; Rebecca Lenfestey and husband, Mike, of Frenchboro, and Laurette Lunt and husband, Zachary, of Frenchboro. He loved his grandchildren very much and was blessed to meet two great-grandchildren. He leaves twelve grandchildren, Katrina, Kaleb, and Kelsey Harmon; Myron, Bradley, and Seth Lenfestey; Cody, Dylan, Austin, Breanna, and Makayla Lunt; and great-grandchildren, James, Joanna, and Jackson Lunt. He also leaves many nieces, nephews, cousins, and friends. Monte had a large heart and was known for his generosity. He enjoyed many sleepless nights in his backhoe, long drives in his truck finding any back road to drive, finding a great fishing hole, and spending time with his friends and especially his grandchildren and great-grandchildren. He was genuine and unique and will be remembered and missed for his kindness and humor. The family will be holding a Burial with military honors in the family lot in Evergreen Cemetery, Milo as well as his Celebration of Life, on Saturday, July 24th at 11:00 and we ask everyone to BYOC (bring your own cigar) to give him a proper send off. Condolences and memories may be expressed at www.laryfuneralhome.com.