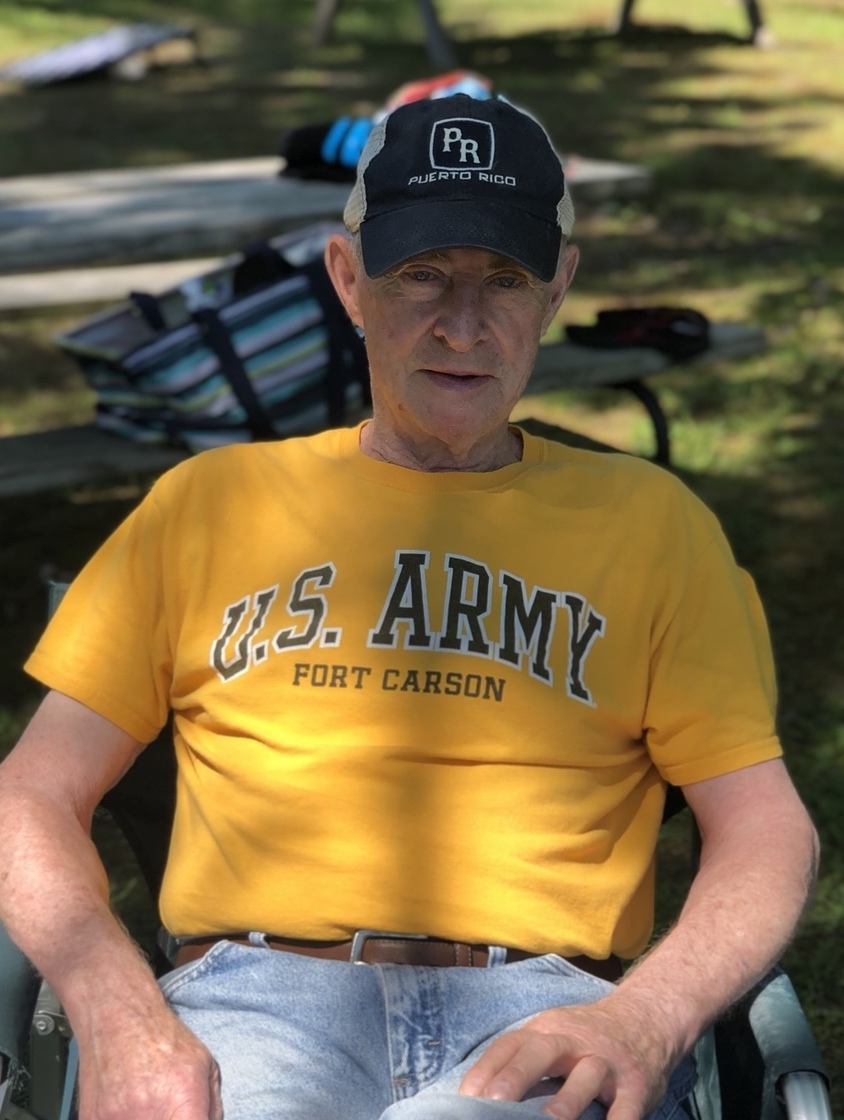 Dover-Foxcroft - SFC Carleton Lewis Berce, 81, husband of Liana (Bonilla) Berce, passed away peacefully at home surrounded by his loving family on May 24, 2021, after a long and courageous battle with dementia. He was born January 18, 1940, in Dover-Foxcroft, Maine, the son of Harold and Phyllis (Ames) Berce. He was a 1958 graduate of Foxcroft Academy. After graduation, he enlisted in the U.S. Army. Carleton was a military policeman and proudly served for 20 years until his retirement with the rank of sergeant first class in 1978. During his time in the military, he achieved many honors and distinctions, including security details for President Dwight D. Eisenhower during his visit to Seoul, Korea, and the inauguration of President Jimmy Carter. He was also a long-term member of Mosaic Lodge 52 in Dover-Foxcroft. After his retirement from the Army, he would go on to work for the Piscataquis County Sheriff’s Department for thirty-five years as a deputy, a transporter of federal prisoners for the U.S. Marshals Office, and a court bailiff. He took pride in marching as part of the Sheriff’s Department color guard during the local Memorial Day parades for many years. He also worked for 18 years as a security guard for Bowater and Great Northern Paper. Carleton was an avid hunter and fisherman and enjoyed being in the Maine woods he loved so much. He especially enjoyed the time he spent at the family camp at Parson’s Landing. He was a Civil War buff and passionate about American History. All who knew Carleton will miss that twinkle of humor in his beautiful, bright blue eyes. He is survived by his wife of 55 years, Liana and his children, Wendy Berce, Glenn Berce and his wife, Jennifer, and Kimberly Bickmore and her husband, Robert. He was a proud Papa to his grandchildren, Orry, Ethan, Shayla, Austin, Rebecca, Jacob, Kyan, Brooklynn, Stephany, and great-grandchildren, Olivia, Tobias, Finley, Elliott, and Lorenzo. In addition, he is survived by his sister-in-law, Jacqueline (Mi Amor) Bonilla Alonso; brothers-in-law, Roberto Alonso and Jose´ Bonilla; a special nephew, Eric Berce; his dog, Tashi; and many nieces, nephews, cousins, and good friends. He was predeceased by his mother and father, and his brother, Arthur Berce. A graveside memorial service with military honors will be held 10am Saturday, June 26, 2021, at the family lot in Parson’s Landing Cemetery, Dover-Foxcroft. In lieu of flowers, donations may be made to the Hemophilia Alliance of Maine, 45 Robertson Blvd., Brewer, Maine 04412, or www.mainehemophilia.org, in honor of his son, Glenn, grandsons, Orry and Austin, and granddaughter, Brooklynn. Arrangements are in the care of the Lary Funeral Home. Messages of condolence and memories may be expressed at www.laryfuneralhome.com.