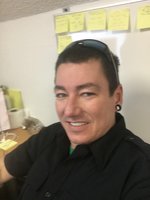 Greenville, Maine- Edward “Eddie” “Fast Eddie” Eugene Keating III, 34, passed away unexpectedly April 19, 2021, at his home. He was born May 24, 1986, in Huntsville, Alabama. Eddie loved his job and co-workers at Cedar Log Homes in Greenville, Maine, where he worked as a CAD designer. He enjoyed and proved to do great things with all aspects of mechanical work. He always had a hand to lend to anyone that needed him. Eddie loved spending time with family and friends every second he could and was always eager to lend a helping hand to others. He was always concerned as to how everyone else was doing even if he was having the very worst of days, with a big smile! No matter what the situation he would always have a positive outlook and keep smiling. Even on his worst days he would still be worrying about others over himself. He was a great brother, son, and friend. He would have been a great husband and father if he was ever given the chance. That was one of Eddie’s biggest dreams! Eddie is survived by his mother, Sheryl Hendricks and her husband, Jymyle, of Sebec, Maine; biological mother, Kelly Keating and maternal grandmother, Shirley Shetler, both of Huntsville, Alabama; two brothers, Deven Cooley and his fiancée, Megan Carlson, and Jonathan Benoit; and three sisters, Kayla Keating, Hannah Keating, and Ashlee Aliens. He was predeceased by his father, Edward Keating II. Eddie was a great man all around and will be missed tremendously. Cremation arrangements are in the care of the Lary Funeral Home. Messages of condolence and memories may be expressed at www.laryfuneralhome.com