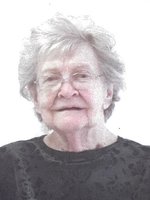 Dexter – Lena Mae Davis, 87, passed away peacefully May 5, 2019, at Dexter Health Care. She was born April 28, 1932, in Jonesport, the daughter of the late Ora K. and Georgianna (Alley) Brown. Lena enjoyed the outdoors and especially her flower garden, camping, and snowmobiling. She had a love for children and animals.

Lena was predeceased by her first husband, Kenneth Varnum, and her second husband, Neal Davis. She is survived by her two daughters, Sharon Carr and her husband, Scott, and Linda Brooker and her husband, Brian; four grandchildren, Randy Brooker, Goldie Chase, Kenneth and James Hesselbrock; three great-grandchildren, Zachary, Izzy, and Brittany; three brothers, Benjamin, Dwayne, and Delmont Brown; and several nieces and nephews.

The family wishes to thank Dexter Health Care for their compassionate care of Lena. Everyone loved Lena and they were so good to her.

A burial will be held in the Village Cemetery, Pittsfield. Arrangements are in the care of the Lary Funeral Home. Messages of condolence and memories may be expressed at www.laryfuneralhome.com.