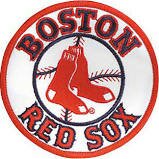 Dover-Foxcroft – Robert Whittier, Sr., 88, passed away peacefully August 15, 2022, at Hibbard Nursing Home, Dover-Foxcroft. He was born October 27, 1933, in Bangor, the son of Levens and Ethel (Chipman) Whittier. He graduated from Bangor High School, then joined the U.S. Navy and served on a submarine tender. After returning Bob met the love of his life, Phyllis, and they moved to Dover-Foxcroft to start a family. Bob worked at Dexter Shoe Company for 27 years. He loved hunting, fishing, and watching the Red Sox and the Patriots. He is survived by a son, Robert, Jr., of Dover-Foxcroft; a daughter, Debra Clark and her husband, Richard, of Dexter; a very special granddaughter, Chelsea, of Dexter; two special great-grandchildren, Molly and LJ, of Dexter; and several nieces and nephews. He was predeceased by his parents; five sisters, Anna, Mary, Marcia, Harriet, and Sally; two brothers, Harry and Lewis; and his loving wife, Phyllis. A graveside service will be held at 12:00 noon Tuesday, November 1, 2022, at Mt. Hope Cemetery, Bangor. Arrangements are in the care of the Lary Funeral Home. Condolences and memories may be expressed at www.laryfuneralhome.com.