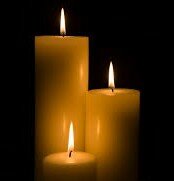 Dover-Foxcroft - Lillian G. Mayo, 77, wife of the late Ralph V. Mayo, passed away peacefully December 15, 2021, at her home in Dover-Foxcroft. She was born May 30, 1944, in Dover-Foxcroft, the daughter of Kenneth L. Green and Susan Louise (Blake) Green. Lil grew up in the Dover-Foxcroft area, graduating from Foxcroft Academy in 1962. She was the Head Cook for MSAD 68 for many years as well as Piscataquis County Jail and the Charleston Correctional Facility. Lil’s lifelong passion was sewing, making quilts, wedding gowns, prom dresses and so much more. Everyone in the community knew if they needed something made, altered, or repaired, Lil was the one to see. Lil had two very special people in her life, her grandson, Robert Mayo, whom she raised at her home and her nephew, Kenneth Green, who was her best friend. She was predeceased by her parents and husband, siblings, Gerald “Herb” Green, Alice Dow, and Mary Tumosa. She is survived by three daughters, Virginia Preble and husband, David, of Charleston, Veronica Brown of Rumford, and Victoria Bemis and husband, Alton, of Grafton, Massachusetts. She leaves eight grandchildren, Kristopher S. Preble, Rebecca L. Preble, Robert D. Mayo, Mandy M. Householder, Julia L. Walton, Heather M. Bemis, Bradley M. Bemis and Aaron W. Bemis; five great-grandchildren; and several nieces and nephews. A graveside memorial service will be held next summer in Atkinson. Arrangements are in the care of the Lary Funeral Home. Condolences and memories may be expressed at www.laryfuneralhome.com.