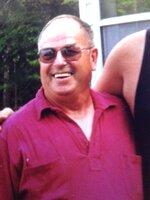 Sangerville – Owen Neal Campbell, 89, passed away peacefully November 28, 2021, at Hilltop Manor, Dover-Foxcroft. He was born February 29, 1932, in Howland, the son of Daniel Campbell and Bertha (Bunker) Campbell Turner. Owen was raised by Frank Turner. Owen served in the United States Army and was a veteran of the Korean War. Owen worked for over 20 years at the Guilford Woolen Mill. After working at the mill he became the custodian at Key Bank in Guilford and retiring as the custodian at Foxcroft Academy. Owen enjoyed working outdoors and simply being outdoors; he loved hunting, fishing, and snowmobiling. He will be remembered for his wonderful sense of humor. Owen is survived by his daughter, Brenda Campbell of Sangerville; son, Eric Campbell of Dover-Foxcroft; two brothers, Orman Campbell and Elgin Turner, both of St. James, MO; many grandchildren, great-grandchildren, nieces, and nephews. He had a very special relationship with his step-daughter, Mary Jane Lucas. He was predeceased by the wife, Shirley Campbell; son, Scott Campbell; brothers, Donald, Richard, and Galen Campbell; and sisters, Patricia Waterhouse, Gloria Grant, and Regina Jackson. At Owen’s request, there will not be any services. Burial will be in the Townhouse Cemetery, Sangerville. Arrangements are in the care of the Lary Funeral Home. Messages of condolence and memories may be expressed at www.laryfuneralhome.com.