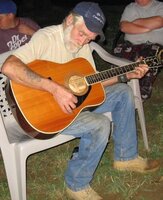 Brownville – Vaughn J. “Joe” Lancaster Sr., 71, passed away unexpectedly Saturday, November 20, 2021, at Northern Light Mayo Regional Hospital, Dover-Foxcroft. Joe was born December 29, 1949, in Dexter, the son of Vaughn A. and Alice M. (Getchel) Lancaster. Joe worked in the woods and drove tractor trailers for years. He also worked as a carpenter. Joe served in the U.S. Army Reserves out of Dexter. Joe is survived by his loving wife of 52 years, Sharon (Murray) Lancaster of Brownville; two sons, Vaughn “Joe” Lancaster Jr. and his wife, April, of Brownville Junction, and Jason Lancaster of Bangor; daughter, Joanna Wilkins and her fiancé, Jason Perkins, of Milo; two sisters, Beth Thompson of Westbrook and Sharon Winchester of Dexter; eight grandchildren; and eight great-grandchildren with another on the way. He was predeceased by his parents and his sister, Martha. A Celebration of Joe’s Life will be held 2-5PM Saturday, November 27, 2021, at the Joseph P. Chaisson American Legion Post 41, 18 West Main Street, Milo. Arrangements are in the care of the Lary Funeral Home. Messages of condolence and memories may be expressed at www.laryfuneralhome.com.