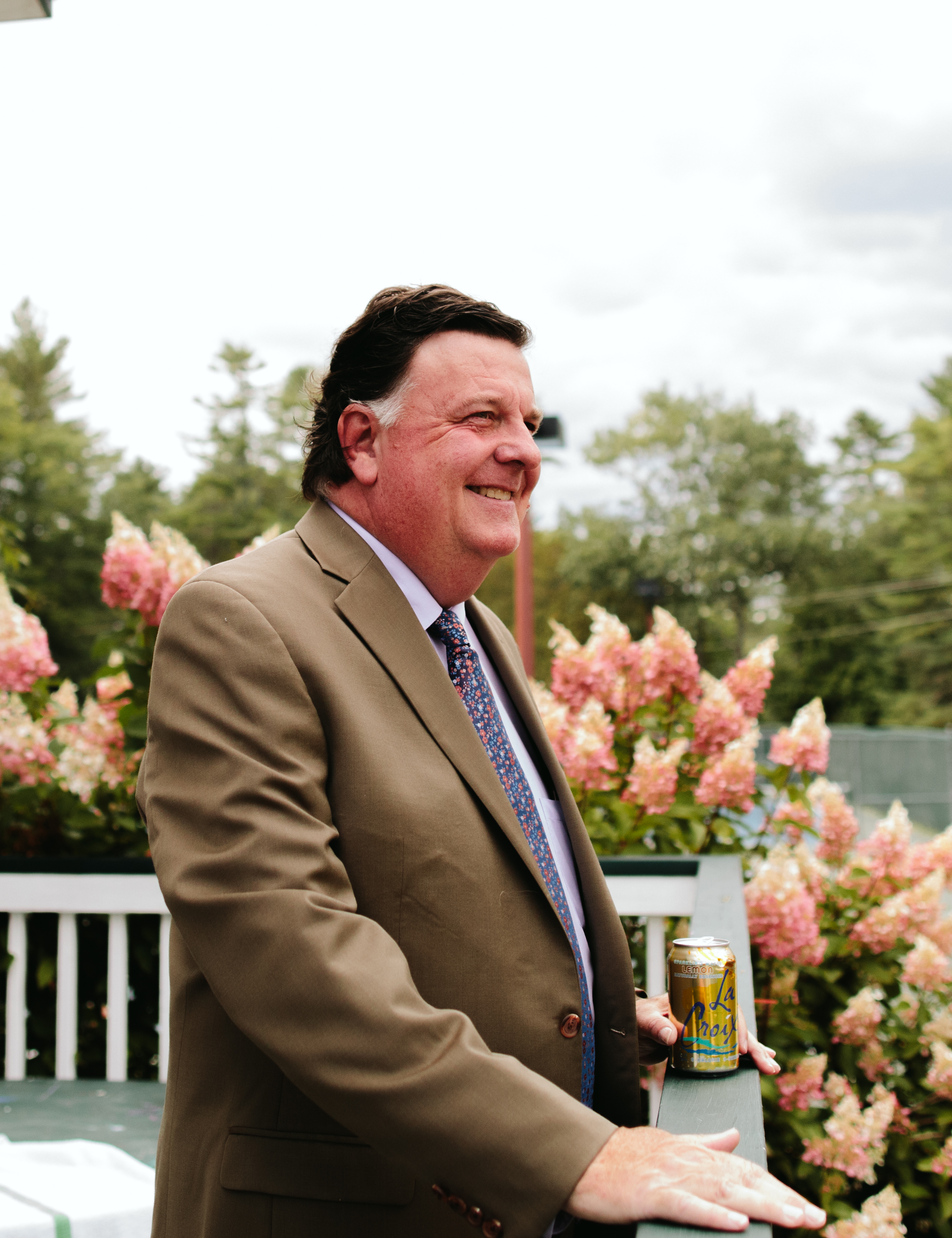 KOKADJO, Maine – The fish of Roach Pond are swimming a little easier today as David Scott Morrison, 66, of Kokadjo, Maine, and Dunedin, Florida, passed away while working at his camp on Friday, August 27, 2021. Born in Portland on November 3, 1954, Dave was raised in Yarmouth by his parents, Marshall and Elizabeth (Richards) Morrison. He grew up a stone’s throw from his Richards family and his childhood was filled with many large, happy family gatherings. As a Yarmouth High graduate, Class of 1973, Dave was recognized with the Greg England Award. “A Yarmouth Clippers sports legend,” as he was so often heard to claim. Dave was a multi-sport star in high school. He was a leading scorer on the basketball team, the starting pitcher on the baseball team, and was named All-American in soccer. He managed to bank some great, big-game stories to re-tell (exaggerate) later in life to his long-suffering children and any other captive audience. He would regularly “provide lessons” in the fine arts of whiffle ball, H-O-R-S-E, cribbage, and many other activities, bringing that same mixture of competitiveness and swagger to the simplest of childhood games. As far as the authors of this obit are aware, Dave never lost a single challenge, but the only evidence for this came strictly from the deceased himself. After high school, Dave attended the University of Maine at Orono where he was an active member of the Phi Kappa fraternity. While still a student at UMO, Dave began a long and successful career at LL Bean, working in the retail store during college vacations. He fell in love with the industry, and it became his passion throughout his working life. With a gift for marketing, networking, and strategic vision, he worked on such successful products as the Hurricane Cloth Shirt and Wicked Good Slippers. Dave was a passionate outdoorsman, and his work at LL Bean spawned a love for Maine sport, land and history, and offered him the opportunity to work with renowned artists, artisans, and sportsmen on many projects which he remembered fondly. Some of his proudest work came with the United Way Loaned Executive Program, where he assisted in organizing the annual fundraising campaigns in the early ‘80s. He was especially proficient at convincing rooms full of people to break out their checkbooks. It’s been said by people who knew him best that Dave never met a podium he didn’t like and never met a donor he couldn’t convince to throw in just a little more. This experience helped foster an appreciation for charity and the merits of volunteerism which stayed with him throughout his lifetime. Dave left LL Bean as the Product Manager of Footwear in 1997 and began sourcing footwear from factories in Italy and the Far East. Dave is remembered as an overly vocal soccer coach and animated sidelines commentator. Fans recall such sayings as, “Suck it up!” and “It’s a long way from your heart!” He coached Cumberland’s U-12 and U-14 girls soccer travel teams to multiple State Championships in 1996 and 1998, though he was proudest of the team’s sportsmanship, camaraderie, and heartfelt rendition of George Thorogood’s “Bad to the Bone.” Many of these athletes went on to become successful varsity and collegiate soccer players and coaches in their own right, which brought Dave great joy. In 2007, with the love and support of his family, Dave entered a rehabilitation program, sponsored by the Salvation Army. While doing the hard work to live in sobriety, he also took an active interest in helping others, by mentoring, leading group discussions, and organizing after-work activities. Eventually, his two lifelong passions came together, and he spent the remaining years of his career working retail with Goodwill Industries, starting in the warehouse, and progressing to regional retail management. Dave spent his final years, his happiest years, on First Roach Pond and in Dunedin, Florida, where he caught fewer fish than desired and fulfilled a childhood dream of working at the spring training facility for the Toronto Blue Jays. Dave is survived by his long time partner, Valerie Hart; his sister, Jen Morrison Boehmer (Mark) of Orrington; his son, Rob Morrison (fiancée Jaki Lawrence) of Colorado; his daughter, Leigh Morrison Saul (Noah) of North Carolina; Valerie’s daughter, Paige Hart-Smith (fiancé Joe Sirianni) of Boston, and son, John Hart-Smith (Erin) and their two children of Scarborough. He leaves his nephews, Nick Estabrook and Ben Estabrook, and niece, Eliza Estabrook, all of Bangor. He will also be missed by his friend and former wife, Jo Ann Ray of Florida, as well as his friend and former brother-in-law, Tim Estabrook of Orono, uncle, Don Richards of Yarmouth, and numerous cousins. Dave leaves two adoring springer spaniels and the lights of his life, Lily Bay and Winston. All are welcome for a Celebration of Life to be held from 2-4 p.m. on Thursday, September 9 at Terlingua Restaurant and Market at 40 Washington Avenue in Portland. In lieu of flowers, please consider donations to Maine Audubon Society, Gilsland Farm Audubon Center, 20 Gilsland Farm Road, Falmouth, Maine 04105. Arrangements are in the care of the Lary Funeral Home. Messages of condolence and memories may be expressed at www.laryfuneralhome.com.