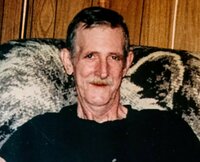 Guilford - Jerry Lee Cookson, 76, passed from this life in the early morning of August 30th, 2021, with the love of his life at his side. Jerry grew up in Jackson, Maine, where he was raised by parents, Norman and Virginia Cookson, and was one of eleven siblings. He served in the Army before settling down to raise his two daughters, Amy and Melissa. Papa loved the outdoors, his grandchildren, and he especially loved combining the two by sharing his love for fishing! Jerry is survived by his wife, Audrey Cookson; daughters, Amy Libera and husband, Brett, and Missi Walsh and husband, David; grandchildren, Jeromy, Gabe, Kayla, and Britney; and great-grandchildren, Karmon, Noah, October, Axel, Rylee, and William. He will be greatly missed and fondly remembered by all who knew him. Arrangements are in the care of the Lary Funeral Home. Messages of condolence and memories may be expressed at www.laryfuneralhome.com.